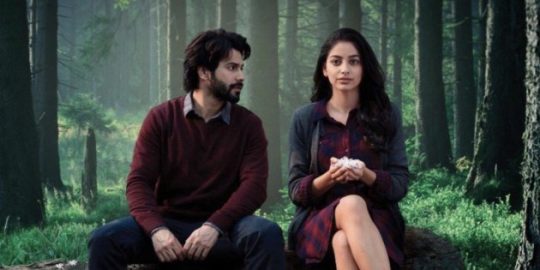 After giving back to back hits like Badrinath ki Dulhania and Judwaa 2, Varun Dhawan now back with Shoojit Sircar film October. In this film, Varun got a romantic avatar which also debutant Banita Sandhu.

October trailer makes the fans intriguing about the movie. Directed by Shoojit Sircar, the movie star Varun Dhawan and debutant Banita Sandhu have a story about love. Varun, who is currently shooting for the movie Sui Dhaga, launched the trailer of October in Mumbai. 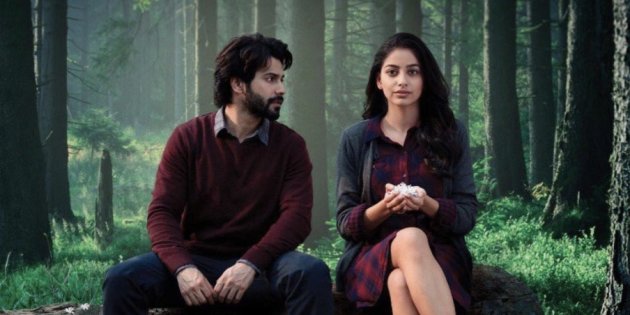 Varun has played the romantic characters with ease in some of his movies. This time, he is playing a character about a sweet and mischievous boy who is trying to get into a hospitality industry. In the movie, Varun will be playing the role of a hotel management student who will be working in the five-star hotel.

While launching trailer, Varun said about the movie that it is not about the love at first sight, it is about dates, hug, and kisses. The trailer which was launched today justifies this statement by Varun. The length of the trailer is about two and a half minute long. In the trailer, it is shown that the character Dan played by Varun, is not happy with his internship with the hotel. After a series of frustration, he found his friend Shiuli as played by Banita.

After a series of events in the trailer, we found out that there are some things which are beyond the love story. It is seen that the Varun is walking in and out of a hospital.  Shuili is admitted to that hospital, and Dan becomes the caretaker for her. Shiuli landed in hospital due to an accident, and the only person she remembers is Dan.

The trailer ends with this plot, which keeps the fans searching for what had happened between Shiuli and Dan. Why does she remember only him while Dan is ignoring the feelings for the Shuili?  All these answers we will be getting after the release of the movie October. The movie is scheduled to get a release on April 13, 2018.