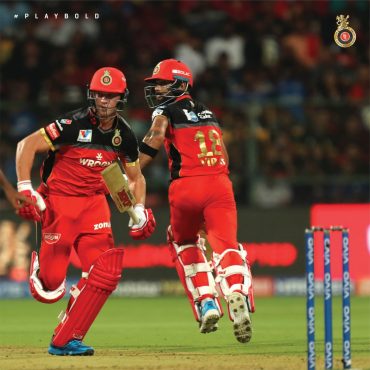 Rajasthan Royals captain Ajynkya Rahane won the toss and decide to bowl first against the hapless Royal Challengers Bangalore at Jaipur on April 2, 2019.

The match starts at 8 PM IST.

Virat Kohli is not in good form and luck seems to be not favouring him in this edition of the IPL as his side lost all games so far.

After the toss, Rahane says there might be dew later on. Kohli says he’d have batted and expects the pitch to get scuffed up. Follow the live scores here.

Viewers can watch the match live on Star Sports in India. The live streaming of the match can be watched on Hotstar.com here.

Royal Challengers at the bottom of the points table

Virat Kohli’s team is struggling. They have to win this match as to cope up with the other teams. Remember that only the top four teams will qualify for the next stage.

Rajasthan also is not better either, even they lost all their three matches and are at the second from the bottom at the points table.