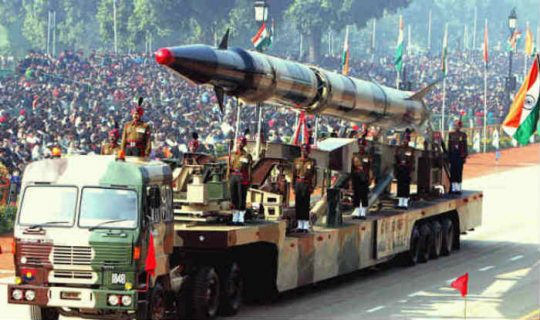 On Monday India became part of an exclusive club of countries which will have control in exports of missile technology. India will now become the 35th member country of the elite missile technology control group and will prevent unchecked proliferations of weapons.

Foreign Secretary S Jaishankar signed the document of accession into Missile Technology Control Regime (MTCR) in the presence of Ambassadors of France, Netherlands and Luxembourg. With this latest development, India can for a while divert its attention from the embarrassment it suffered by China refusal to let India be part of Nuclear Suppliers Group.

For a long time, India has been trying to become part of a multilateral export control engine like NSG, MTCR, the Australia Group and the Wassenaar Arrangement but time and again some or the other circumstances has become a hurdle in the entry. In 2015 India was opposed by Italy to become a member of the MTCR.

But once New Delhi dispute with Italy over the two Marines who were accused of murdering two fishermen in 2012 on a Kerala coast was resolved, Italy came in support for India this time.

On the other hand, India knew that it had to do everything in its power to wrap up the negotiation before Barack Obama presidential term was over.

Admission to the MTCR will be seen as the next step for India to legalize its nuclear energy and the dream of buying surveillance drones such as the Predator.

In 2008, India had signed a civil nuclear deal with the United States to have access to nuclear materials and technologies. At the same time, India will have to adhere to the guidelines that have been set by the MTCR on all the countries which are a member of this body.

Last week in an NSG group meeting in Seoul, India had been denied by China to become a member of a 48-nation group that has control to sensitive nuclear technology.

Now with India becoming part of the MTCR it will have a bargaining chip over China whose application to join the MTCR is still pending.