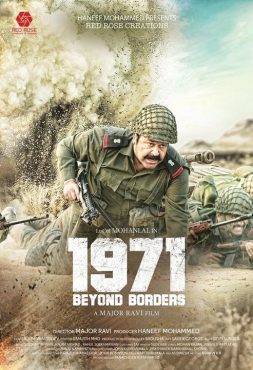 Mohanlal, the Complete Actor in Malayalam cinema, is continuing his mega run at the box-office, as his latest movie “1971: Beyond the Borders”, released on April 07, 2017, is receiving rave reviews from all corners. The film marked the biggest Mollywood release of all times with 390 screens in India, 50 in the United States, 30 screens in Australia and 60 in the Middle East.

The theaters and multiplexes in South India were houseful on the first two days after the release. Mohanlal fans had their tickets booked well in advance, many people had to book on the weekdays next week

This is for the fourth time that Major Ravi and Mohanlal are joining hands; previously, they have worked together in acclaimed movies like, “Keerthichakra,” “Kurukshetra,” “Kandahar” and “Karmayodha.” The recently released trailer of the film was loaded with excellent visuals, and it has played a pivotal role in elevating the overall hype surrounding the film. 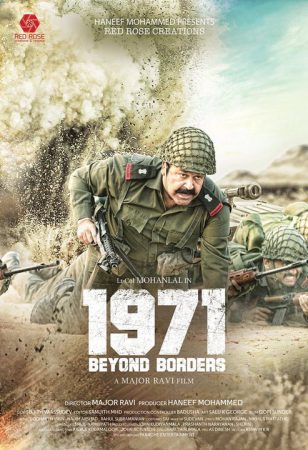 Major Mahadevan is all set to strike again

This movie is set in the backdrop of the 1971 India-Pakistan war. Mohanlal will be seen in two different get-ups in this flick; Major Mahadevan and his son Major Mahadevan. The film tries to tell the fact that soldiers are warriors only when they are in uniform, and in the remaining time, they are just humans with soft emotions and feelings.

Will the film shatter the collection records of ‘Pulimurugan’ and ‘The Great Father’?

It was “Pulimurugan” which made Mollywood think about the elite club of blockbusters, and later “The Great Father” broke Pulimurugan’s opening day collection record by grossing more than $1million day one. Now, all the eyes are on “1971: Beyond Borders” which is expected to create thunders at the Indian box-office. Considering the number of theaters it got released, the film will surely collect more than $1 million from India alone on its opening weekend.

Mohanlal has a huge fan following in the US, and by the end of this weekend, this movie may collect more than $50,000 from the United States.