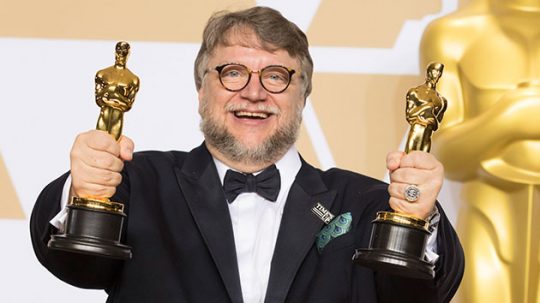 “The Shape of Water,” an extravagant fable set during the cold-war era about a mute woman who falls in love with a marine creature held as a captive at the laboratory where she works, has won best picture at the 90th Academy Awards on Sunday night in Los Angeles.

“The Shape of Water” received 13 nominations at the Award ceremony, winning four out of them.  The movie’s director Guillermo Del Toro is the third Mexican filmmaker to have won an Oscar for directing following Alfonso Cuaron and Alejandro G. Inarritu. He also won for the film’s production design and score.

The movie fended off eight of its rivals that include box office hit movies like “Get Out” and “Dunkirk” as well as movies like “Lady Bird” and “Call Me By Your Name.”

Faye Dunaway and Warren Beatty presented the award.  In contrast to last year, this year many awards went to first-timers.

The acting awards went to actors as expected. Gary Oldman won lead actor for portraying the role of Winston Churchill in “Darkest Hour.”  Frances McDormand won best actress for her performance in “Three Billboards outside Ebbing, Missouri.” Allison Janney won the supporting actress for her role as an unforgiving mother in “I, Tonya” and Sam Rockwell won supporting actor for his role as a racist cop in “Three Billboards.”

Hollywood veterans won long-awaited honors. James Ivory, 89 won best-adapted screenplay for “Call Me by Your Name.” He is the oldest Oscar award, winner. On the other hand, Roger Deakins won an Oscar statue for the first time for his cinematography in “Blade Runner 2049.” Rachel Morrison became the first woman to have been nominated in the photography category for “Mudbound.”

The show got over with the “Phantom Thread” costume designer Mark Bridges darting across the stage with his speech clocked in at just over 30 seconds.