Tennis’s most elegant and famous player, Sania Mirza who’s a well-known sports star, is equally known for her glamourous look. The Indian tennis ace Sania was an active single and doubles player. She is ranking as high as 27th in the former by the Women’s Tennis Association (WTA). Her most potent weapon is her arsenal, with the pace and power of her groundstrokes. 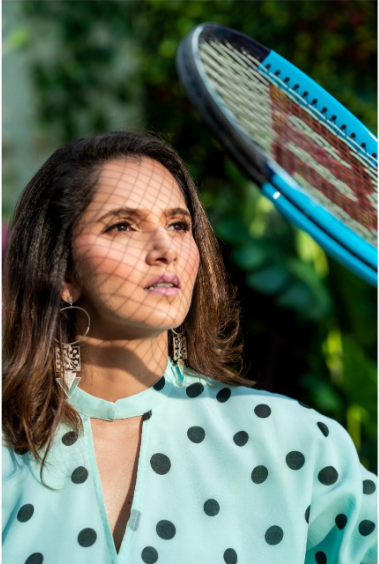 Prominently forward, “Sania Mirza” will soon be a part of a fiction web series. Digital Debut based on MTV’s “Nishedh Alone Together”. Her main motive is to create awareness about Tuberculosis diseases among the people. To help remain safe, explain the dangers and precautions required to take during the Covid-19 pandemic.

Talking about the Disease, “Sania Mirza” says Tuberculosis (TB) is one of our country’s oldest health issues. Stressing half of the TB cases diagnosed are under the age of 30. Which makes it an urgent need to tackle fallacies around it and drive an immediate change amongst people. She also explained, ‘MTV Nishedh Alone Together’, is making a unique effort in spreading the erudition over every individual,”

She also stated, “Our youth is unaware and insensibly unconscious of such issues around. Making the obnoxious situation during the Corona pandemic. The fight to curb TB is more difficult now than ever. And that’s what prompted me to play a role in it. I hope my presence helps in some way to fight TB communally. And bring about a positive change,” she added.

About the Web Series

The Series is opting to launch in five episodes in November 2020. On the Social media handles of MTV India and MTV Nishedh. Sania, herself will be seen enacting in an exciting role. The Series is about a newly wedded couple named Vicky and Megha facing challenges and difficulties during the sudden lockdown. The character of Vicky and Megha have been enacted by Syed Raza Ahmed and Priya Chauhan. Akshay Nalwade and Ashwin Mushran will also feature in the show.

Is Rajamouli’s ‘Baahubali’ India’s answer to ‘Lord of the Rings’?

Deepika Padukone says she wants to work with Salman Khan

Salman Khan loses weight due to health issues
About Aishwarya Ramaning 20 Articles
Aishwarya Ramaning, a woman who stands strong, when it comes to the woman's right. She is an autodidactic person, who chooses not to be a silent follower, but an egalitarian from the heart who has sustained the cold winds in rooting her career. Believes a pen could succeed, where a stick or a stomp might have failed. Having a soul of solicitude and a Humanitarian moralist is keenly looking forward to becoming an adept news writer and a legal practitioner.