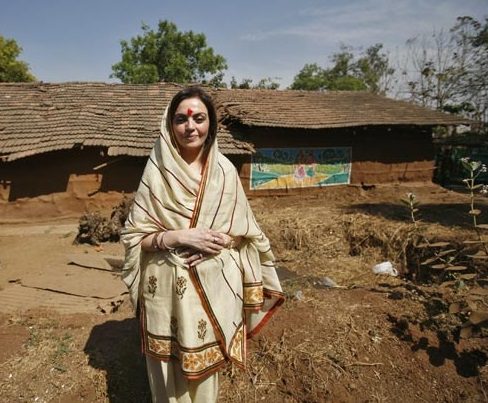 Celebrities attending the party have flown on Wednesday itself. The celebrations have started on Thursday night.

Around 32 planes are said to have ferried the guests to Jodhpur to attend the bash. Among the Bollywood stars, Shah Rukh Khan and Amitabh Bachchan could not make it.

Mukesh and Nita along with their children and Mukesh’s mother Kokilaben had reached Ummaid Bhawan Palace Hotel on Wednesday evening.

The cake cutting took place in the lawns of the palace on Thursday midnight followed by performances of Bollywood actresses like Karishma Kapoor, Juhi Chawla, Priyanka Chopra, and music maestro A.R.Rahman.

Since the bash is coinciding with the Dhanteras festival, the traditional Laxmi puja was conducted on Friday followed by a dance performance choreographed by ace choreographer Vaibhavi Merchant and a royal lunch.

Satyajit Ray’s posters used in the fight against COVID-19