The teaser of new season of the show is out and it has Bollywood superstar Salman Khan for the first time on the hot seat. 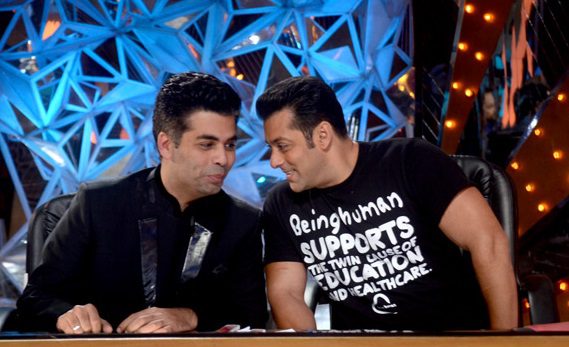 Karan was seen quizzing Salman on why he took so long from coming to his show. The actor is seen fumbling for words saying that the questions get too personal and he is very shy and very uncomfortable with.

Karan Johar is quite excited having Salman Khan on the first episode of his current season of the show which will air on Star World India every Sunday starting from December 1, at 9:00 p.m.

There is surely going to be queries about Salman and Shah Rukh’s rivalry, his exes and many more juicy gossips.

The actor’s father Salim Khan is also appearing on the show which is the first interview of the father and the son ever before.

Some of the questions put to Salman in the teaser go like how he handles exes, who he would like to have a gay encounter with, what he does if he were Katrina Kaif.

This season viewers get to see some never before pairings of celebrities like Priyanka Chopra with Deepika Padukone and Madhuri Dixit with Juhi Chawla. Superstar Shah Rukh Khan is rumoured to appear with Kajol.

Salman Khan out of ‘Bigg Boss 8’, Farah Khan to replace him