Television actor and character artiste, Alok Nath who is famous for his fatherly roles in movies is trending on Twitter today leaving everyone surprised. Many Twitteratis were asking on why the “Hum Aapke Hain Kaun” actor was suddenly trending. 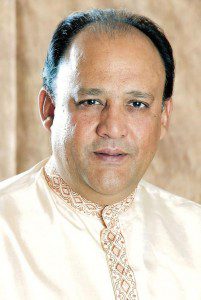 It started first as a series of jokes were tweeted on Sunday night and what followed is a floodgate of similar jokes from some parody accounts and Twitter users. The veteran Bollywood actor who is often typecast in fatherly and traditional roles, became the number one trending topic in India on Twitter on Monday. The jokes are reminiscent of the jokes cracked on southern megastar Rajinikanth and cricketer Ravindra Jadeja.

Many users are seen including funnier jibes and photos. However the actor does not seem to be on Twitter to reply to the jibes. The trending jokes were centred on the word ‘sanskar’ (Indian values)
Some of the jokes here:

Our nation only learnt about heart-attacks because of Alok Nath.

Alok Nath is the original Father of the Nation

The only two wars Alok Nath has seen in his life are Haridwar and Pariwar.

Once Alok Nath gave aashirwad to a boy. Today we know that boy as ARVIND KEJRIWAL.

Exciting New Feature ‘While You Were Away’ Introduced On Twitter

Twitter to allow more characters for its users in tweets

Twitter Password Killer App ‘Digits’ Introduced in 28 Languages
About Sanjeev Ramachandran 147 Articles
Sanjeev Ramachandran has found ultimate joy all through his 23-year-long journalism career by writing for national and international newspapers, websites and blogs. From technology to politics to sports to entertainment, he has been able to express ideas and pen opinion pieces on whatever triggers his interest. Currently at the helm of his own content and public relations company, called Siyahi – The Content & PR People, he makes sure that he doesn’t always let administrative tasks take over his writing space.