After the death of a 12-year-old boy on Sunday, September 5, 2021, in the district of Kozhikode in Kerala in a private hospital, the hospital was immediately shut down for other patients. 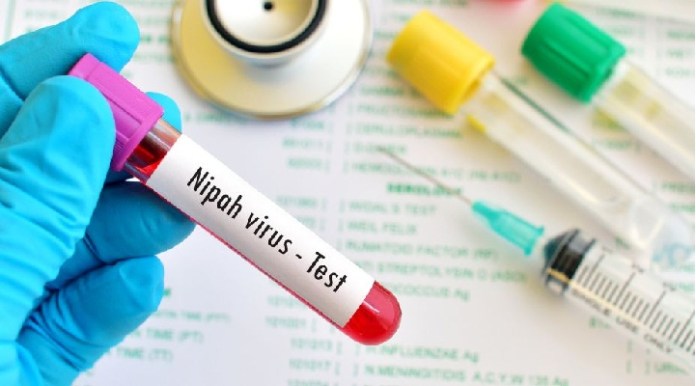 According to experts, the Nipah virus is not an airborne disease but can transmit between animals (bats or pigs) and humans. Once this virus jumps from animals to humans it becomes highly contagious with high morbidity and mortality rates.

As per the reports of TOI, the Nipah virus is a zoonotic infection with a death rate of 70%. This virus was first identified in 1998 in Malaysia.
11 people were found infected till Monday.

The health minister Veena George told the media that among these patients is the 12-year-old boy Mohammad Hashim’s parents, their close relatives, and several other healthcare workers.

“A total of 68 people are under isolation in Government Medical College, Kozhikode. All patients are stable,” Kerala Health Minister Veena George said.

The samples of eight people and Rambutan fruit is grown near Hashim’s home were sent to the National Institute of Virology (NIV), Pune for screening as they could help with the source of the virus but they turned out to be negative.

Some symptoms of this virus are fever; respiratory symptoms include sore throat, cough, fatigue and ache, encephalitis. Some preventive measures that can be taken care of are not to come in contact with infected people and do not to consume the fruits that are fallen on the ground.