The Indian Railways is all set to launch packages for Religious Tourism in India covering from North to South be it Amritsar, Ayodhya, or Nanded and Rameshwaram. These special trains will be launched by the Indian Railways under the Government Of India initiative “Dekho Apna Desh.” 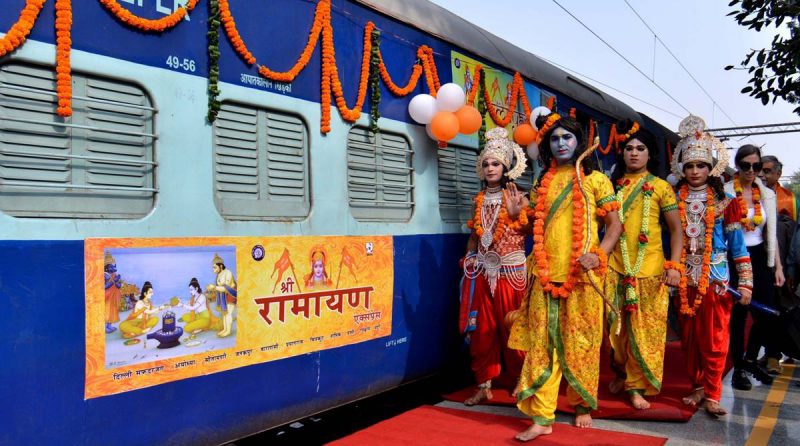 In the Ramayan Yatra:

The entire “Shri Ramayana Yatra” journey will cost up to Rs 82,950 for each passenger with the facilities in the journey in AC classes, AC hotel accommodations, meals, sightseeing, travel insurance, and IRCTC Tour Managers services. As said by IRCTC the entire journey would take 17 days starting from Ayodhya in Uttar Pradesh.

The next stop of the train will be to Sitamarhi in Bihar, the birthplace of Goddess Sita. However, the Ram-Janki Temple in Janakpur, Nepal, will be covered by road.

Then the train will move to Varanasi and cover all the temple visits in the city, Prayag, Chitrakoot, Shringverpur by road spending the night in Varanasi, Prayag, and Chitrakoot. The last stops of the train will be in Nasik, Rameshwaram, and Hampi. On the other hand, In the Gurudwara Circuit:

This train will also have both AC and sleeper class coaches.

The Gurudwara Circuit Special train’s fare and other details are not finalized yet and will be informed to the public soon. A pantry car will be available in the special circuit train supplying the hot food throughout the tour. The special train will have 16 coaches having sleeper class and air-conditioned class coaches.

The cost of travel for a passenger in an AC class will be ranging between Rs 900-1000 per passenger per day.

Many details are still not revealed as the railways are in talks with all the tour halt locations so that no places will be left out.