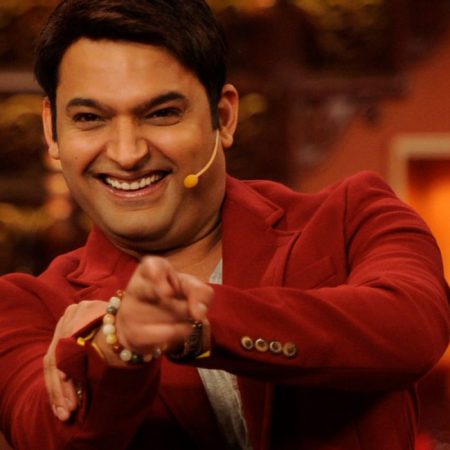 Narendra Modi had tweeted on Sunday (April 27) saying that

The way Rahul Baba is making statements with a dash of comedy in them, I think the TV show of Kapil Sharma may soon have to shut shop.

Kapil Sharma had shared the tweet with the image. But soon he was bombarded with negative comments and abuses on his profile. Kapil has now deleted the tweet from his profile after the backlash. Speaking to a newspaper he said that he shared Mr. Modi’s tweet as all love the show. Now he felt bad after the criticism and deleted that picture and tweet.

Kapil Sharma took to facebook to address his fans.

Hello friends.. It hurts when i see u people fighting on a social networking site.. Bad words.. Abusing.. Its really sad.. Its my request to all of u ..Pls dont write such bad words to each other on d name of religion.. No religion teaches us to abuse or to disrespect other religion… Please come out of all dis things.. V all are human beings..I just shared mr modi’s tweet abt d show becoz u all love dis show.. I felt bad n delete that pic n tweet.. Learn to love each other.. Learn to respect each other.. Lets change this world.. So that “humare baad jo generation aye.. Unhe nafrat ka pata hi na ho. God bless this beautiful world.. Keep smiling…Love you all..

Amitabh Bachchan to appear on ‘Comedy Nights with Kapil’