Finally we have it. Lollipop has begun its journey to embrace the Android devices.

Google may have hit high numbers of search on improvements in the newbie OS. So for your ease, let us take you through some of the talking points of Android L, before you get immersed in the full flow of news from its famed rival. 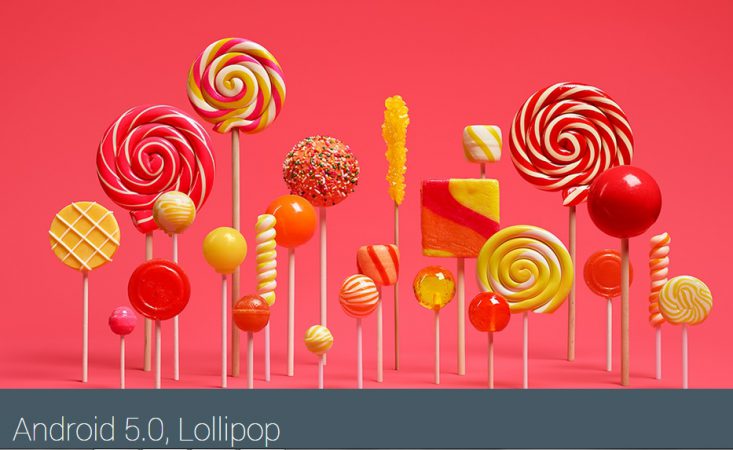 Android L gave us some info on its enhanced performance at the Google I/O conference back in June. But now with the covers taken off, we have further insight to what it offers.

Android L offers the most powerful processing capability ever heard of. Also offered is the support for a 64-bit chipset. Apple iPhone users may spare the gasp, as some of the features in Android L do bring about a déjà vu. That’s something to cheer for Apple users too.

Android’s new Material Design is the one that stands out in the new OS. The new appearance brings in a 3D approach within the OS and also offers fluidic transitions between various tasks and tabs.

Also bringing in the speedy operation is the new runtime engine dubbed ART, which would put the predecessor engine termed Dalvik to shame.

Let’s move on to multi device compatibility. Android L covers even further devices. Be it smartphone, smartwatches, TVs or on personal stereo devices in your car; Android L could ease through the gadgets like a stroll in the park. You could also pick your Android L experience on various devices.

In the era where celebrities often have a trifle with the security offered by their smartphones, Android L takes the big step by bringing in the data encryption by default to the devices.

The SELinux security module enabled for all running apps tackles the malware threats and offer higher levels of reliability. There is also this Smart Lock feature that lets you pair up your Android with other wearable gadgets. And yes, Android L does offer the face recognition mode.

The notification screen also gets the facelift with further shortcuts brought in. The lock screen now comes integrated with notifications to pop up relevant notifications, as per your specifications.

You needn’t worry about the undesirable notifications that could pop up when the device is in wrong hands.

We all have concerns with the OS eating into our battery. Android L seems to have a lesser appetite here.

The battery save feature gives you an extended 90 minutes of power juice to your battery before running out. Power management features also bring in updates.

Google Bringing Android Games and Apps to Windows in 2022
About Sanjeev Ramachandran 147 Articles
Sanjeev Ramachandran has found ultimate joy all through his 23-year-long journalism career by writing for national and international newspapers, websites and blogs. From technology to politics to sports to entertainment, he has been able to express ideas and pen opinion pieces on whatever triggers his interest. Currently at the helm of his own content and public relations company, called Siyahi – The Content & PR People, he makes sure that he doesn’t always let administrative tasks take over his writing space.