At the end of day one, Pakistan after winning the toss and batting first scored 219 for the loss of four wickets.

There were four debutants in this Test. Two each for Pakistan and Australia. Imran Khan and the leg-spinner Yasir Shah for Pak.

For Australia, Marsh and O’Keefe’s debuted. 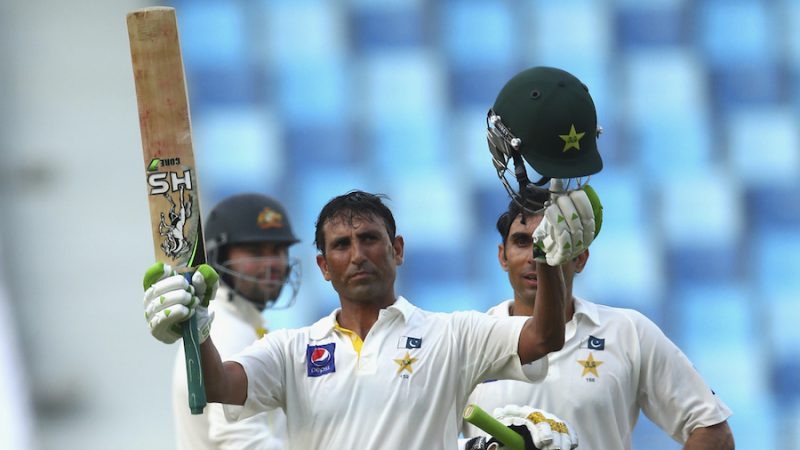 Younis Khan yet another time came to the rescue of Pakistan as he smashed 106 runs before getting out LBW. He walked in to bat when Pakistan were reeling at seven for two wickets within the first four overs.

Misbah and Asad ali were unbeaten at the crease with 34 and 5 runs respectively.

In 2002 when these two teams played at this venue, Younis Khan was the only player that played from this squad.

The Steve Waugh led Aussies whitewashed the series 3-0. One Test in Sharjah lasted only two days. Pakistan scored 59 and 53 in both the innings in the lost Test.

Ten Sports has the broadcasting rights in India while PTV Sports will be telecasting the Test live in Pakistan.

PTV Sports will also be live streaming the Test at its official website for viewers in Pakistan.

Watch the highlights of the 1st days play here.