The Government on Tuesday filed an affidavit comprising the list of those holding unaccounted money in foreign countries to the Supreme Court.

Two persons and one company have been accused in the affidavit for holding black money in foreign accounts. 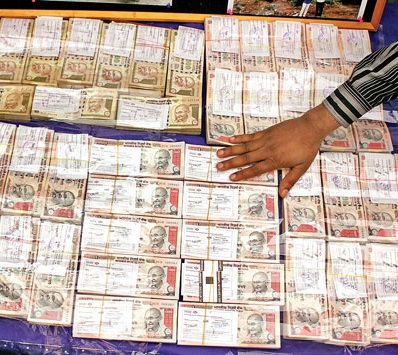 Pradip Burman, Pankaj Chimanlal Lodhiya and Timblo Company were the names that were handed over to Supreme Court as owning untaxed money.

While the names of Pradip and Pankaj were noted individually, five members from the Goa based mining firm Timblo were also listed in the affidavit.

Pradip Burman, a member of the promoter family of Dabur, was defended by Dabur Group against the accusations and said the account was opened when he was an NRI.

A spokesperson for the group also mentioned the account to have complied with all the laws, alongside making appropriate tax payments as filed in the Income Tax Department.

Dabur Group was hit with a decline of 9% in its shares after the news spread.

Fellow accused Pankaj Lodhiya also denied the accusations and insisted that he does not have any Swiss account.

The Rajkot based bullion trader also cited his declaration of all assets and added that he has not been served with any notice.

The affidavit also mentioned the government stance of revealing the names in only those cases where tax evasion would be ascertained.

Since not all foreign accounts may have been opened on an illegal note, the government mentioned that many names are to be kept under cover unless proved illegal with prime evidence.