Meghan Markle has reportedly put an ultimatum on her relationship with Prince Harry during their courtship, reports Yahoo!.

Meghan told Harry she would break up with him if he didn’t publicly confirm their relationship, according to “Courtiers: The Hidden Power Behind the Crown” by Valentine Low. A source told Low that Harry was “freaking out” about the situation. 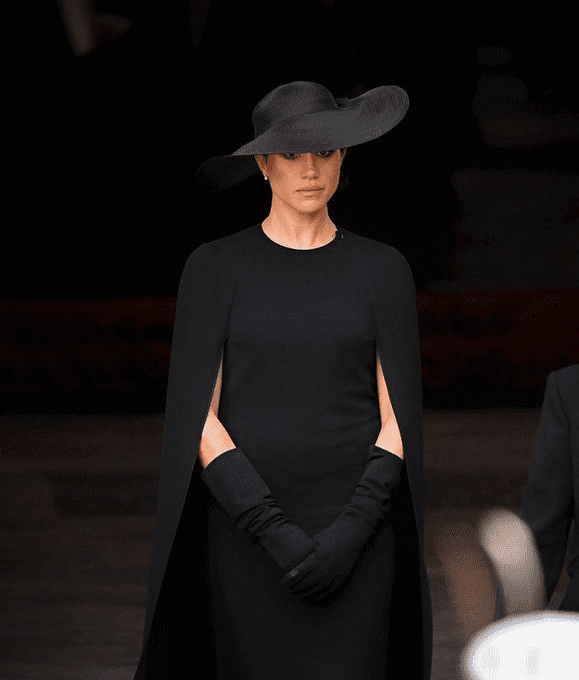 Meghan Markle told Prince Harry that she would end their relationship if he didn’t publicly confirm they were a couple, according to a new book excerpt published in The Times of London.

Tyler Perry on why he offered Prince Harry and Meghan Markle his home and security when they moved to the US:“They were giving her hell and a lot of it was because she was a Black woman.Flat out, no denying it. I wanted let her know there was someone there for her” [IG: realsway] pic.twitter.com/q4ZTCQ5TzD

In an upcoming book by Valentine Low, “Courtiers: The Hidden Power Behind the Crown,” two anonymous sources told the author that Meghan gave Harry an ultimatum regarding their relationship, causing him to panic

“She was saying, ‘If you don’t put out a statement confirming I’m your girlfriend, I’m going to break up with you,” one source told Low.

Another source told the author that Harry was “freaking out, saying, ‘She’s going to dump me.'”

According to the book, Harry contacted Jason Knauf, the communications secretary for Prince William, Kate Middleton, and Prince Harry at the time. Harry reportedly told Knauf to release a statement confirming his relationship with Meghan and to condemn the racist treatment she received from British tabloids.

Meghan told Harry’s staff that she knew “how the palace worked,” adding, “you don’t care about the girlfriend,” according to the book.

“Harry’s staff knew that Meghan was different from other royal girlfriends. She had her own opinions and would let people know what they were. In the spring of 2017, more than six months before the couple were engaged, she told one of Harry’s advisers: ‘I think we both know I’m going to be one of your bosses soon,'” according to an excerpt from the book.

Meghan markle lost the minute she tried to compete with #PrincessofWales. A d list two bit actress with made up past never had a chance. #HarryandMeghan are broke #MeghanMarkleExposed #MeghanMarkIeisaLiar https://t.co/sItM40cYc0

Low also reported in March 2021 that the Duchess of Sussex bullied two senior members of Buckingham Palace staff when she was a working member of the royal family. The Times referenced an email Knauf sent to William’s former private secretary, in which he reportedly voiced concern “that nothing will be done.”

The report was published just days before Harry and Meghan’s bombshell interview with Oprah Winfrey aired.

According to the royal biography “Finding Freedom,” some of Meghan’s former staff members retracted their claims that the duchess bullied them, Insider’s Mikhaila Friel reported in September 2021.

“Courtiers: The Hidden Power Behind the Crown” will be released on October 6.

BTS Drama Stopped Meghan Markle from Being with Harry in Balmoral

Shamita Shetty confirms her break up with Raqesh Bapat