As the 15th match of the ISL kicks off this evening, the two confronting teams will look for nothing less than three points to be added to their kitty.

The match would kick-off at 7:30 PM at the Jawaharlal Nehru Stadium, Chennai . 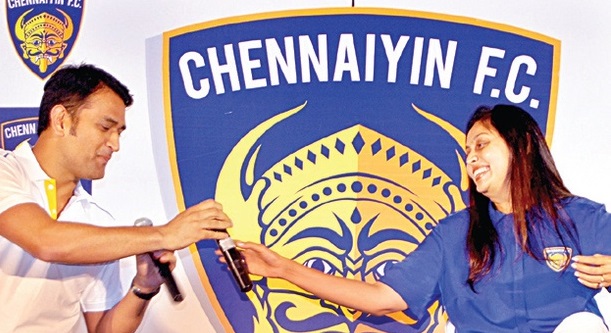 Both the teams are in fact very on bringing in the much needed rejuvenation after humiliating defeats earlier.

Mumbai City FC will take on Chennaiyin FC so as to effect a formal bounce back, while Chennaiyin will push hard to bring back the momentum from their opening games.

It needs to be noted that things have never remained certain for Mumbai City FC. After being billed as hot favorites for the season, Mumbai lost their opening game much to the heartbreak of the team management as well as the fans. Follow the live scores here.

But things climbed back in their second game, which was spoiled later by Atletico de Kolkata when they took them on head on. Things look even tough today as they confront Chennaiyins who boast of a resilient defensive line.

Star Sports will be covering the match live in India. The live streaming can also be watched at the official website of Star Sports. Watch it here.

Mumbai would be hoping to see Nicholas Anelka return to the ranks. Anelka had been sidelined for 5 matches due to a ban. The delight would get hiked with the return of Syed Rahim Nabi, who has been nursing an injury.

Mumbai boss Peter Raid will have the urge to solidify the back line when the squad faces Chennaiyin, who brings with them the fear to opponents with their counter attacking football.

Having won the first two games, Chennaiyins were humbled by Delhi Dynamos and that pushed them to the third spot in the tables. A win in today’s game will put Mumbai City right on the third spot while Chennaiyin would be eyeing the second spot by dropping no points at their own backyard.

The highlights can be watched here after the match is over.