If reports are true, then the couples are having a steady relationship, and they will take this bonding to another level in the near future. 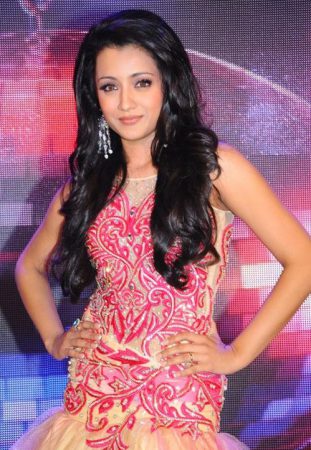 Earlier, it was reported that the engagement ceremony between the couples were over. The unwanted rumors irritated the actress to the core, and she came out openly and called this news as mere speculations.

However, the dating between Trisha and Varun is true, and many credible sources of Kollywood confirm it with thumbs up.

Trisha Krishnan was previously dating actor Rana Daggubati. Both of them shared good chemistry in their real lives, but due to unknown reasons, they parted ways.

Many reports claim that it was the involvement of Ragini Dwivedi which resulted in the break up between the couples.

At this moment of distress, Varun Maniyan entered the scene with pacification, and this made Trisha fall flat for him in no time. Varun Manian is one of the hottest properties in the Tamil Nadu business sector, and he started his career in the real estate arena.

The young man is also slowly proclaiming his presence in the entertainment sector. He own Radiance media which produced ‘Vaay Moodi Pesuvom’, a bilingual film which featured Dulquer Salman in the lead role.

‘Kaaviya Thalaivan’ is another project from the banner which is awaiting release.