By Sanjeev Ramachandran
1271 Views
Posted In
Sports
Tagged as
Related

Chances of skipper Michael Clarke fit to play the first Test against are brighter now, with the Australian having resumed his training session along with his team mates on Saturday. 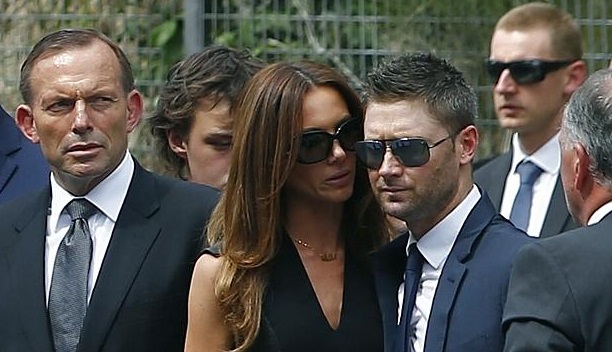 If declared fit, Michael Clarke would be leading the squad for the match at Adelaide, starting December 9.

Michael Clarke was earlier ruled out for the first Test and was expected to join the squad for the second. But a change in schedule due to the passing away of Phil Hughes had rescheduled the series so that it begins on December 9th, instead of December 4th.

The breathing time has given the Aussie skipper the chance to prove himself fit for the opening encounter.

The Australian squad is pretty optimistic about Clarke’s return and feels that he will be ready for the encounter against India at Adelaide. Brad Haddin, stand-in skipper, says that he feels like not giving a thought for himself leading the squad as things with Michael Clarke is going in the right direction.

Australian coach Darren Lehmann on Friday said that things will be given a deeper look before coming to a conclusive decision. An assessment will be carried out on the nets for skipper Michael Clarke before taking a decision on his fitness for the opening Test match against the visiting Indians.

The entire Australian squad has resumed training on a good note and it does reaffirm the notions of an Australian cricket confidence to push forward with their style of play in the cricketing sods.