After a series of rumors and news that hinted at various names, Paramount Pictures has finally confirmed Justin Lin to be the man directing the upcoming sequel in the Star Trek series. He will be replacing J.J. Abrams. 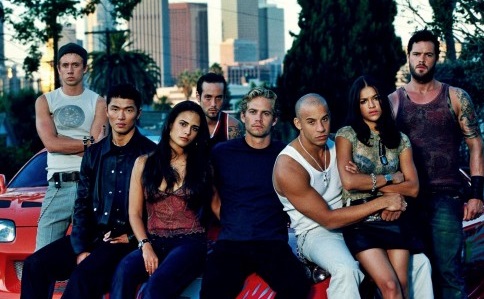 Star Trek 3 was announced to be scheduled for release in 2016, in line with the 50th anniversary of the franchise. Abrams worked as the man behind the first two movies in the re-boot series.

However, due to his earlier commitments to Star Wars: Force Awakens movie, Paramount Pictures, Skydance Productions and JJ Abrams’ Bad Robot have jointly roped in the reviver of Fast and Furious series to direct the final film in the trilogy.

With James Wan announced as the director for Furious 7, releasing in 2015 summer, Justin Lin got himself busy with the works of a Bourne Legacy spinoff movie, The Bourne Betrayal, with Jeremy Renner.

However the work has been put to halt as the studios have been keenly involved in a mainline installment of The Bourne Identity series with Matt Dammon and Paul Greengrass, which eventually led him being roped as the director for Star Trek 3.

Robert Orci, who penned the script for the first two movies, was cast as director initially, which was followed by the names of Edgar Wright and then Jonathan Frakes.

Robert Orci will remain in the writing section and will be joined by Patrick McKay and J.D. Payne after Alex Kurtzman was named no longer to be associated with the series