Bollywood superstar Salman Khan ringed in his 49th birthday on December 27, 2014 with a special bash that was attended by some of the known faces of the industry.

Salman and his brothers left for Panvel earlier last night, where they own a farm house, and if the reports are to be believed, they will be celebrating the new year and will only return on Januray 3. 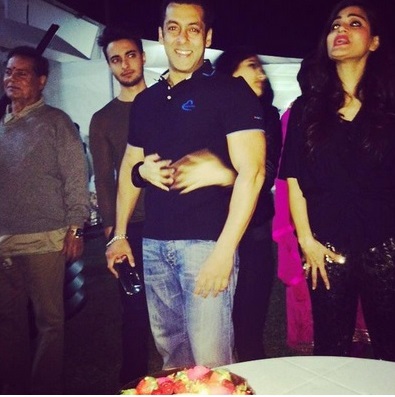 This year has been special for Salman, whose last release “Kick” went on to set new records at the box office, while his dear sister Arpita got married in an elaborate function some weeks back.

Yesterday night, a bunch of Bollywood celebs headed to Panvel to wish “Bhai” as Salman is popularly called.

Seen at the bash are Ajay Devgn, Vatsal Seth, Suniel Shetty, Priyanka Chopra and Sonakshi Sinha among others. 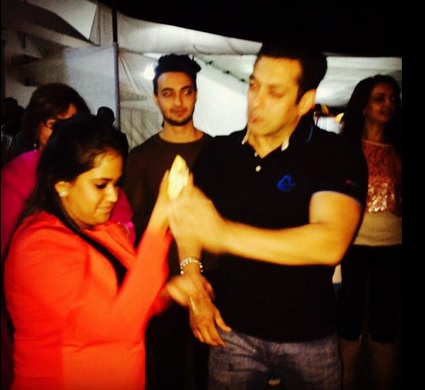 Starting off with Salman’s birthday, the Khan family will be celebrating the entire week at the farmhouse, as reported by the media.

The new year bash is going to be large, as well, and a Times of India report said that David Dhawan, Sajid Nadiadwala, and Sooraj Barjatya and their families are likely on the guest list. Other B-Town celebs are also likely to be invited.

Was Jiah Khan murdered? Human flesh found in her nails

Ekta Kapoor to pull out of ‘Jodha Akbar’ show

Star Plus MasterChef auditions in Bangalore on Oct 27, 2014

Katrina Kaif say’s Pakistan Will Have Problems With ‘Phantom’