A Himalayan task is awaiting Indians on the last day of the 3rd Test as Australia with the help of a subtle innings from Shaun Marsh extended the second innings lead to 383.

India needs to score 384 runs to win the 3rd Test. 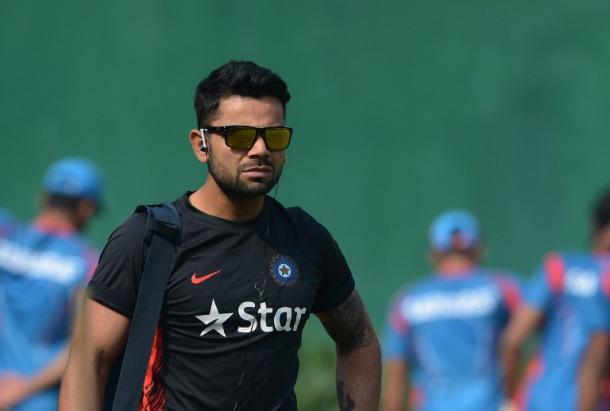 At the end of Day 4, the hosts are batting with 261 runs with the loss of seven wickets. Shaun Marsh is batting with 62 runs, and he is being supported at the other end by Ryan Harris.

On the other hand, Indians have to defy the past history at the famous Melbourne Cricket Ground. The visitors should defeat the Kookaburras by hook or crook, and this will help them to keep the Border-Gavaskar Trophy series alive till the final Test in Sydney.

For the past 33 years, India have not won a single Test Match at the Melbourne Cricket ground.  As of now, the highest successful run chase in the MCG is 332 which was carried out by England against Australia in 1928.

The whole hope of India lies in the shoulders of Virat Kohli and Ajinkya Rahane who hit mesmerizing tons in the first innings of this match.

The match will be live streamed in the official website of Star Sports here or HERE.

< Previous Article
India 108/1 on day two in Third Test against Australia
Next Article >
Melbourne Test ended up in a draw, series win for Australia
About the Author
Manoj Nair