The third and the final Test match of the ongoing Sir Vivian Richards trophy series between West Indies and South Africa will be played  at Cape Town on Friday, Jan 2, 2015.

Leading their opponents after winning one match, South Africa will be eyeing to seal off the series with a win while West Indies will have to put up some uphill battle to rescue themselves, and the series. 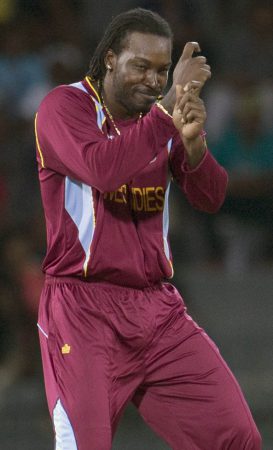 The home team would hope the results from the early 2014 schedule not to get repeated while they make the walk to the turf of Newlands in Cape Town.

The previous time they played here witnessed a match decider, which eventually led Australia to lift the trophy. However, the venue still holds an impeccable stat record for the home team, and stands out as one of the favorite for them with 18-4 win loss record since their re-entry to the international skirmish.

For the South Africans, Quinton de Kock will be staying out due to the injury picked up earlier and his absence will force AB de Villiers to guard the stumps in the final match.

South Africa will only be persuading the momentum with both the bat and ball. Skipper Hashim Amla, AB de Villiers, opener Dean Elgar, Faf du Plessis have all been in the fine touch this series, while the bowling front have been dominating their opponents with the likes of Dale Steyn, Vernon Philander and Morne Morkel on the Proteas side.

With the array of players and performance leaning towards the side, South Africa will sure be eyeing a win in the match and series as a start to 2015.

West Indies just barely seem to have been lifted from the poor run they had throughout the entire year.

While it was a disastrous outing for the entire squad in Centurion for the first game, traces of a revamped performance have been witnessed here and there by the squad, for which a major share was played by Kenroy Peters and Shannon Gabriel with the ball and Kraigg Brathwaite and Marlon Samuels with the bat. But as a whole, the squad still lacks what it takes to put up a decent fight.

It needs to be seen whether the New Year would be bringing some resurgence to the squad. And, if they manage to do wonders, the morale will be boosted to high levels which can be carried over to the following ODI, T20 series and even to the World Cup.

They have tasted two defeats and a draw from the previous games they have played at the same venue, but it would be an exemplary feat if they manage to mark a win in Cape Town.

< Previous Article
Melbourne Test ended up in a draw, series win for Australia
Next Article >
Photos: Anushka Sharma and Virat Kohli spotted in Sydney
About the Author
Sanjeev Ramachandran