For pop star Selena Gomez, 2015 started off with some unexpected controversy with the pop star facing a lot of backlash for a picture posted on a social site.

Apparently, the 22-year-old singer was in UAE with her friends and had posted an image on Instagram, where she has been spotted with a friend at the Abu Dhabi Grand Mosque, showing her ankle. 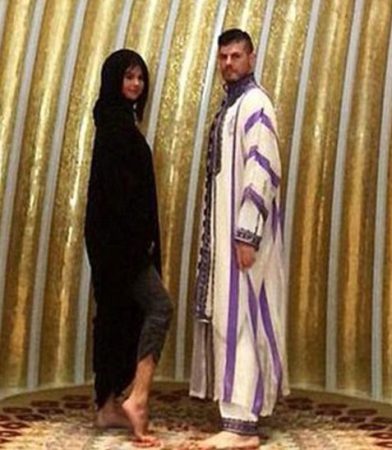 The image earned a lot of flak given the fact that Muslim Culture considers that as inappropriate. Quite obviously, the singer was quick to delete the image.

Selena brought in the new year with friends Gigi Hadid, Shay Mitchell and Kendall Jenner, and the images on Jenner’s account also showed the group joking in the religious place and Selena showing her ankle again.

While the media was waiting for a statement or something from the former Disney star, Selena went ahead and deleted the image from Instagram without uttering anything.

The Sheikh Zayed Grand Mosque is the biggest tourist attraction of UAE, and this is not the first time that someone has managed to offend the feelings of the Muslim community.

It was singer Rihanna last year, who had posted photos from an area within the Sheikh Zayed Grand Mosque that is prohibited for visitors.

The images of Rihanna then looked fabulous, there were many comments on how she was allowed to conduct the impromptu photo shoot, which had violated the rules.

Rihanna was then asked to leave the compound. We wonder what Selena has to say on the developments.