The in-house celebrity guest show “Big Boss” season 8 is just a week away from its finale. Ninety days of action and eviction is finally towards its end, Farah Khan will be seen as hosting the final episode of the season as Salman Khan is reported to quit the show.

Just before the show flags its winner for its current season let’s have a look at the celebrities who were thrown out of the house:

1)      Ajaz Khan : The very well-known actor Ajaz Khan is the first in a row to be named. He is well known for his rowdy behaviour with his co-contestants. Ajaz was newly appointed as Halla-Bol wild card entry in the house, rising to everybody’s expectation he didn’t disappoint any of his fans and called off physical violence with Ali Quli Mirza. The management of the show had to evict him due to his behaviour.

2)      Puneet Issar : The physically most dominant contestant of the house was eliminated from the house too. He was accused of violating the rules for manhandling his co-contestant Arya Babbar which made him leave the house, though he was back the very next day and was imprisoned for his misconduct till corrected properly.

3)      Kushal Tondon: The lover boy Big Boss contestant and ex-boyfriend of Gauhar Khan was caught in the violent act of misbehaving with Tanisha Mukherjee and VJ Andy and was immediately thrown out of the house.

4)      Imam Siddiqui : Who can forget him, he has been the most entertaining contestant ever entered and evicted from this house. The self-proclaimed fashion stylist was shown outdoor because of his nuisance acts. He was seen wearing a skin colored bodysuit and acting like a tiger, breaking ceramic plates and pots in the kitchen, etc.

5)       Kamaal Rashid Khan : The DeshDrohi Twitter guy our very own KRK was indulged in some of the violent acts with designer Rohit Verma, actor Bakhtiyaar Irani & comedian Raju Shrivastav. He was also asked to leave the Big Boss house.

6)      Pooja Misra : She has been the first-ever female celebrity to be thrown out. Pooja was known for her temperament in the show and was no lesser than any male hooligan. Her fight with Sidharth, her foul temper and behavior led her away from the game. 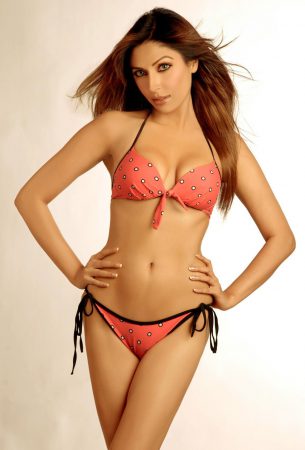 7)      Rahul Mahajan: The man is known for his consistency. His effective romance with Payal Rohtagi, Monica Bedi was making hype on air. He was a ladies charmer and was playing well until he caught himself with Ashutosh Kaushik, Zulfi Sayed and Raja Chaudhury. He was unapologetic about his behaviour which led him to leave the game show.

Bigg Boss 7 hot photos from inside the house

‘Bigg Boss 8’ heats up: Photos from inside the house

‘Bigg Boss 7’: Armaan Kohli re-enters the house while Kushal Tandon gets out

Shiney Ahuja to sue Colors for using his name in ‘Big Boss’ contestants list
About S Ranjita 224 Articles
Ranjita is a seasoned writer on a variety of topics. She has been writing for 8 years now on various international publications. Entertainment and current news topics are her favorite. She can be reached at [email protected]