losing the first match to Aussies, both England and India will be looking forward to come on track when they meet in an encounter at Brisbane Cricket Ground on January 20, 2015.

The toss is already over, and as per latest updates, Mahendra Singh Dhoni has won the toss and has elected to bat first.

Earlier, Australia beat England by three wickets on Friday. The hosts tampered India by four wickets in Melbourne on Sunday. 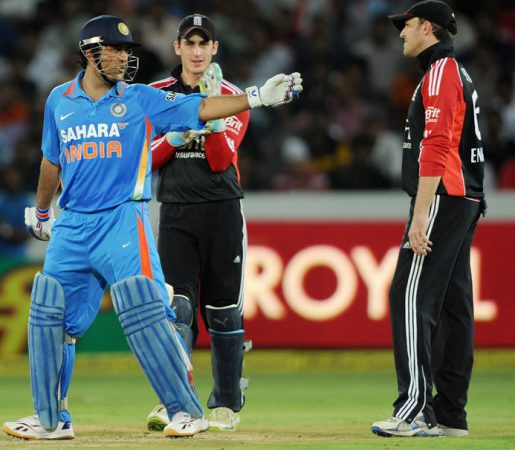 Both India and England will be trying their best to mark a win in this series which is widely considered as a dress rehearsal before the ICC Cricket World Cup 2015 which is scheduled to begin from February 14.

The pitch in Brisbane is hard and strong. Fast bowlers may enjoy some initial swing and bounce during the initial moments of the match, but soon it will turn in favor of the batsmen.

After winning the toss, Dhoni had no hesitation to choose batting first.  Follow the Ind vs Aus live scores here.

Willow TV and Channel 9 are telecasting the match live in United States of American and Australia respectively.

The live streaming of the match can be watched in the official websites of Star Sports and Sky Sports. Watch the match live online here or HERE.

Rohit Sharma will not be playing this match due to a sore hamstring injury. Ambati Rayudu will replace Rohit, and Stuart Binny will come in the place of Ravichandran Ashwin.

On the other hand, English Captain Eoin Morgan told that he would have chosen batting if the toss was in his favor. Anderson is making a comeback in this match, and he will replace Chris Jordan.