Dunedin will be hosting the coming two matches in the New Zealand- Sri Lanka seven match ODI series, with the fifth game to be played on Thursday, Jan 23, 2015. The match start time is 3:30 am India time.

With a 2-1 lead, New Zealand could well assure they don’t lose the series with a favorable result tomorrow. But at the same time, their fight has been put stiffer with the progress of the series, as Sri Lanka has slowly been adapting to the conditions ahead of the World Cup. 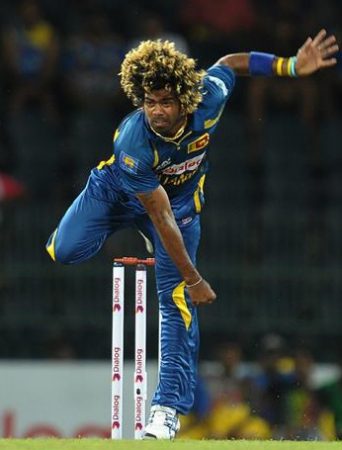 The home team started the series like they had it all under control. But with the progress, they tend to let loose their hold.

The initial game witnessed their bowling attack well restricting the opposition to find the rhythm. But the same never got iterated in the following game. Sri Lanka managed to put up even refined performance each game.

However, return of Tim Southee will certainly be charging the Kiwis. Along with that, Kane Williamson’s sounding century would be giving high hopes that the batsman pursues his run throughout the World Cup season.

With Brendon McCullum aiding the top and Corey Anderson on the down-order, New Zealand Batting order will be having an edge like never before.

Follow the SL vs NZ live score on Cricinfo.com here.

Viewers in New Zealand can watch the match live telecast on SKY Sport HD and TVNZ while CSN will broadcast the match in Sri Lanka.

The live streaming can be watched at the official website of Sky Sports or HERE.

Sri Lanka has been able to bring a refinement indeed. But it needs to be noted that the one has come from rather the experienced members in the squad, and not from the young guns, at least with the batting.

Kumar Sangakkara, Mahela Jayawardene and Tilakaratne Dilshan have shown what they mean, but a failure in the trio would put a gigantic burden upon the rest. Sri Lanka needs to rectify that, and the game tomorrow could be made well a platform for that.

With their bowling, expectations were only half filled. While Jeeva Mendis was touted to be the pick of the bowlers for Angelo Mathews’ side, their pace attack that lists Nuwan Kulasekara and the skipper himself was believed to excel well alongside.

The former did happen, but not the latter. Sri Lanka has been heavily relying on their slow bowlers to keep the things going for them. And that have worked against the Kiwis only sporadically.

They must remember the prospect the series is holding, and must not go just for the results. For, they will have a mountain to climb if not being able to switch between the game plans upon reaching the World Cup.