The first ODI in the two match series between New Zealand and Pakistan will begin at the WestpacTrust Stadium, Wellington on January 31, 2015.

With the ICC World Cup 2015 just two weeks away, both Pakistan and New Zealand will be trying their best to fine tune their cricketing skills through this two match series. 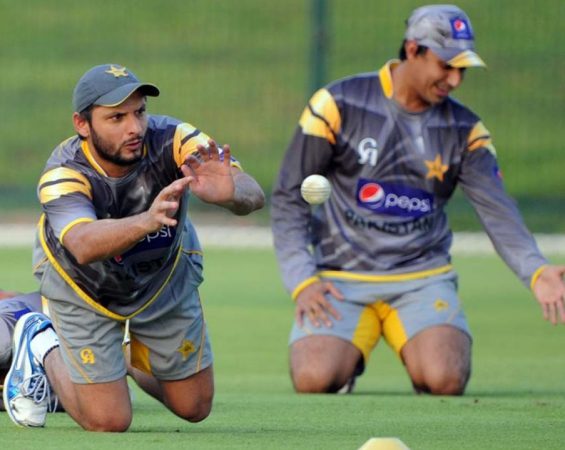 Pakistan Cricket team is not going through the nicest times, as they tasted back-to-back embarrassing defeats against a New Zealand Board President’s XI. Follow the Pak vs NZ live score here.

The visitors will be trying to rebuild their morale and confidence by winning both the matches in the series.

Fox Sports and Sky Sports are telecasting this match live in Australia and New Zealand respectively. Cricket lovers in United Kingdom can watch the match in Sky Sports 2.

Ten Sports is telecasting the match live in India, and they are also live streaming it in their official website. People in Pakistan can watch the match in PTV Sports.

The official website of PTV Sports is live streaming the match for internet users.

Pakistan will be missing the service of Junaid Khan who is out due to an injury. Saeed Ajmal will not be playing as he is working to rectify his suspicious bowling attack. Pakistan Captain Misbah Ul Haq is in full touch, and he has scored 255 runs in his last four innings.

On the other hand, New Zealand is a well settled side, and they have a strong batting and bowling lineup. Brendon McCullum, their skipper is leading from the front.

The explosive batsman is going through the nicest patch of his career, and he has the capability to shatter even the most dangerous bowling attack under the sky.

The bowling department which comprised of names like Mitchell McClenaghan, Corey Anderson and Tim Southee are also in full swing.

Pakistan vs New Zealand T20 World Cup Match live streaming on PTV Sports and Hotstar.com
About Nirmal Narayanan 186 Articles
A journalist with over six years of experience in Digital Media specialized in writing stories on science and entertainment. A post-graduate in English Literature, I spend my free time researching paranormal incidents and UFO sightings that happen all across the globe