The festive season in India is never-ending. Come March, and we have the Holi festival during the first week. The smartphone world is a device with a vibrant color hood that is gearing up to celebrate the festival of colors.

Microsoft has announced that in line with the Holi celebration, they have started offering cashback offers to their Lumia 830 and 930 smartphones.

The guaranteed cashback will let users grab these smartphones at Rs 7000 less than the launch price in India. 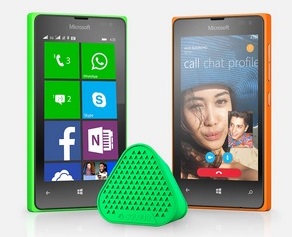 The cashback has been announced for purchases made from physical stores, but it is not clear whether it applies to the Microsoft exclusive stores.

The offers don’t end with Microsoft either. Although not related to any festive offer, Samsung Galaxy S4 has also been given a jaw-dropping price cut.

The device is now available on Amazon for Rs 17,999, with an Android L update expected to soon roll out for the last flagship phone of the South Korean manufacturers.

The 5-inch smartphone with a 720p display runs a quad-core 1.2 GHz processor and comes with 1GB RAM and 16 GB in-built storage. The front and rear cameras of 10 MP and VGA respectively also support HD video capture.

With a 5-inch Full HD display, Lumia 930 features a 2.2GHz quad-core processor with 2 GB RAM and 32 GB in-built storage. It also features a 20MP PureView snapper at its rear, along with a 1.2 MP front cam.

Cryptocurrency investors face $830 billion loss due to the crash

Why Facebook is shutting down its facial recognition system explained

TechGlare Deals Offers Clutter-free Online Shopping, Does Away With Irksome Ads
About Sanjeev Ramachandran 147 Articles
Sanjeev Ramachandran has found ultimate joy all through his 23-year-long journalism career by writing for national and international newspapers, websites and blogs. From technology to politics to sports to entertainment, he has been able to express ideas and pen opinion pieces on whatever triggers his interest. Currently at the helm of his own content and public relations company, called Siyahi – The Content & PR People, he makes sure that he doesn’t always let administrative tasks take over his writing space.