Roll the calendar a year back and it was then when we saw the launch of Galaxy S5 smartphones. Contrary to the fanfare we had seen then, Galaxy S5 got unveiled quietly some time ago.

That gave us the feel that things weren’t in good shape at Samsung. They have lost ground on some of the leading markets. Although still dominating the world market, Samsung will be eyeing to stretch the perimeters of their stronghold.

Now, the excitement is back. The next Galaxy S6 smartphone is being teased well, with the annual Mobile World Congress less than a week from now. It’s almost a certainty that Samsung will be unveiling Galaxy S6 at Barcelona. 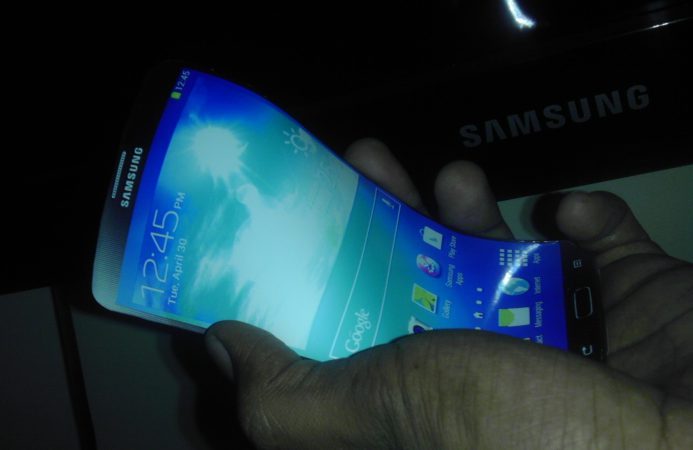 Teasing the smartphone as the ‘Next Galaxy’, Samsung is pushing beyond limits to lift the expectations, and to live up to that once it gets unwrapped.

A 45 second teaser is the latest coming out from the Korean manufacturers. Although putting the smartphone under the shadow, glimpses of video and the narrations quite clearly make out the stance Samsung has adapted for their next big thing.

Of all, it’s pretty sure that the flagship series will finally be bidding adieu to its plastic leather body, definitely for the good.

After wrapping its smartphones with metallic touches recently, Samsung will be bringing the same to its Galaxy S series, said in their words as ‘Metal will be flowing’.

That’s pretty much of a hint that Samsung won’t be sticking to build from its previous editions of Galaxy S, instead will be having a complete overhaul from deep down the roots. Check the complete features and specifications here.

Rumors are that the 5.1-inch smartphone will be boasting a display resolution of 1440 x 2560 pixels. An Exynos 7420 SoC will serve the smartphone with an octa-core processor, with RAM availability of 3 GB.

Some also suggest for the presence of a 4GB RAM. AS with the camera, the rear will be packing a 21 MP shooter, which will be accompanied by the 5 MP front-cam.

But all those have not yet been teased by the manufacturers. Instead, they have opted to keep its spec fronts away from the limelight, bringing the build factor under attention. Samsung will be offering a vivid color display, which will also be featuring anti-reflection properties.

It is expected that similar to the Note 4, the Galaxy S6 will be available in two variants; the one with the flat screen and the other coming with curved displays along its edges.

All of these speculations will be put to rest when they finally unveil the smartphone within a fortnight at Barcelona, for which they have sent out the invites.

And we do wish the end result to be bettered than their previous model, which was met with an adverse impact from all over.