During the expedition, the submersible discovered deposits of precious metals, and different hydro thermal areas.

The maiden exploratory voyage has helped them to spot the areas which are blessed with Gold and Silver. Jiailong even conducted 13 successful dives to observe different hydrothermal areas. 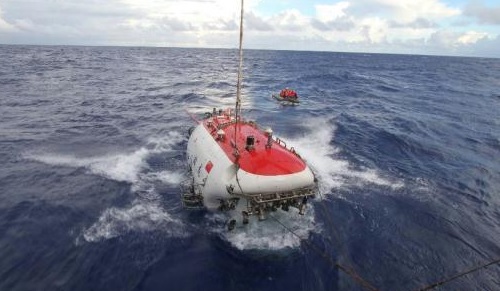 The expedition of the submersible helped them to discover various new hydrothermal vents and deep sea fissures which emits hot water.

The submersible also conducted studies on hydro thermal fluids and deep bio diversity, and it even gathered huge amount of data and samples.

The submersible will now be stationed at the National Deep Sea Center.