India will stick to their winning eleven as they take on Australia in the second semi final at the Sydney Cricket Ground on March 25, 2015.

The winners of this match will lock horns with New Zealand in the grand finale which will be played on Sunday.

The match will begin at 9:00 AM, and it will be shown live in Star Sports 1 (India), PTV Sports (Pakistan), Channel 9 (Australia) and Sky Sports (United Kingdom and Ireland). 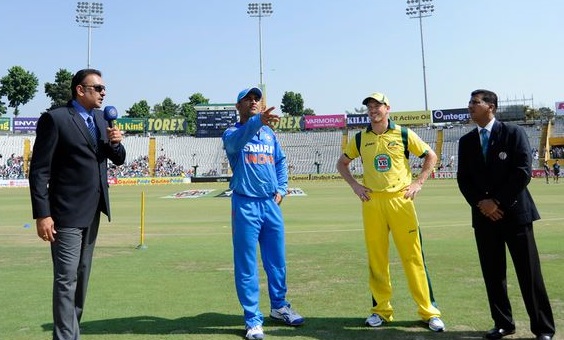 Prior to the match, Australian players have started word war against India. Glenn Maxwell has warned India that they have not lost a match to the Asian side in the recently concluded ODI and Test series.

On the other hand, Mitchell Johnson has moved a step further as he openly admitted that he will be leading the notorious sledging department for the home side.

Indian cricket team had a worst pre-tournament experience before the kick started their CWC campaign. But, as they started their encounters in World Cup, the defending champions showed their full fury and they succeeded to mark seven consecutive triumphs.

All the players in the Indian team have proved their mettle in one game or another in this tournament. The Indian batting department is fully fledged with big names like Shikhar Dhawan, Rohit Sharma, Suresh Raina and M S Dhoni.

Surprisingly, the bowling department led by Mohammed Shami has shown some impeccable stuff of game play throughout the tournament.

The pitch in Sydney is expected to be flat, and there will be a bit of grass on the surface. The team who win the toss will most likely bat first and the speculated score is somewhere between 280-320.