Indians residing overseas are awaiting a great performance from the Indian cricket team as the third Test match between India and Sri Lanka is all set to begin today at the SSC in Colombo.

The third match of the test series is set to begin on 28th August, Friday till 1st September, Tuesday. The first match session will be between 10 am and 12 pm.

All the timings are local and IST. The second session of the match will be held from 12.40 pm to 2.40 pm followed by a lunch break, and the third session will continue from 3 pm to 5 pm.

India lost the toss and had a disastrous start batting first. 15/2 in 4 overs! 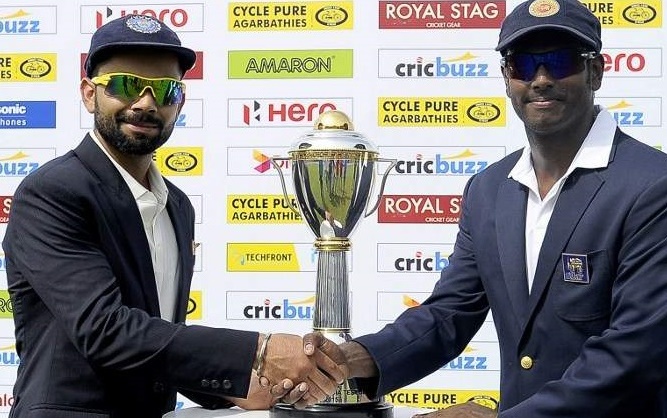 The last update of the matches at 1-1 was not satisfactory, and the Indian cricketers are bit disappointed for their performance.

The test series between India and Sri Lanka received an overwhelming response from the spectators. Follow the Ind vs SL 3rd Test live score and commentary here.

The second test match in Colombo didn’t go well for the Sri Lankan team as they lost lots of wickets.

Five wickets taken by Ashwin raised the spirit and boosted the confidence of the Indian cricket team.

Captain Virat Kohli did a tremendous job in winning the second match of the test series.

The second test match between India and Sri Lanka witnessed the farewell of Kumar Sangakkara.

The versatile cricketer bid goodbye to his long cricket career after losing the match against India by 278 runs.

Though this was not an ending Sangakkara would have preferred but he lifted up the spirits of his teammates through his motivating words after the match.

All the sessions will be telecasted live on Sony Six TV Channel from Sinhalese Sports Club, Colombo.

Viewers can catch the live action  on Sony Six TV channel in India. The cricket live streaming can also be watched at the official website of Sony Six here or HERE.