Good news from Colombo! The sun is bright and shining and the 2nd day’s play in the 3rd Test between India vs Sri Lanka is under way on August 29, 2015.

India was asked to bat on a grassy and testing pitch, the batsmen really struggled.

In the rain hit 15-over day, India could only score 50 runs, and that too losing of 2 wickets. So they struggled, but at least scored some runs. 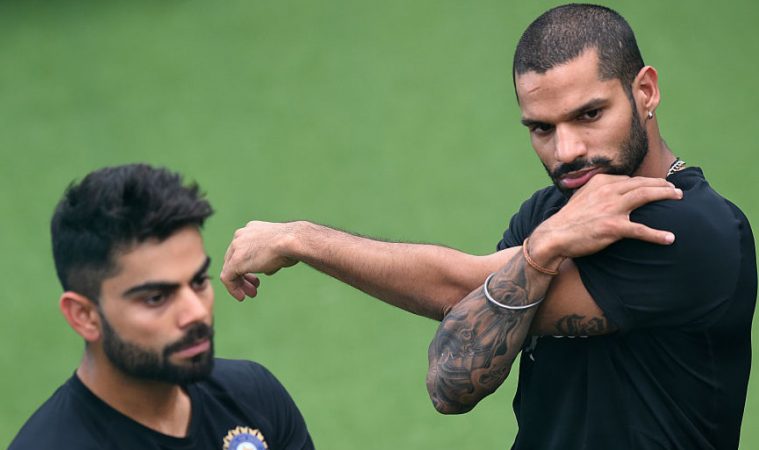 Both Ajinkya Rahane and KL Rahul fell prey to the green pitch’s distress. Only by the efforts of Virat Kohli and Cheteshwar Pujara, the team could come up with 36 runs to take the total to 50.

Constant spells of rain ruined the entire game day, as an early lunch could not be avoided. After lunch, no play could take place due to the rain.

Dhammika Prasad, with his excellent bowling spell, caused all the trouble for the Indian batsmen, as has been his habit throughout the series.

Similarly, KL Rahul stuck to his weird form of either scoring a century or no runs at all. In all the tests he has played, he has had 2 centuries and a total of 7 scores of 16 or below, which is truly disappointing in the case of an opening batsman.

Viewers can watch the match live on Sony Six TV channel in India. The live streaming can be watched at the official website of Sony Six here or HERE.

Ajinkya Rahane started off with a stable performance but was dismissed by Nuwan Pradeep. Pradeep replaced Chameera in the starting XI for the 3rd test.

The match saw Kusal Perera keeping wickets for the first time instead of Dinesh Chandimal. Now with the second day’s play on its way, Nuwan Pradeep takes the first over, with Virat Kohli on strike.