Indian skipper Dhoni won the toss and decided to bat first in the second One-Day International match against Australia being played at the Gabba in Brisbane on Friday, Jan 15, 2016. The match started at 8:50 p.m. India time.

Australia lead the 5-ODI series 1-0 after they won the first game at Perth in an astonishing way chasing a mammoth Indian score of 310 runs.

In the first 10 overs, they lost both their openers and were scoring at a poor run rate.

When last reports came in the Indian score was 231/2 in 40 overs. Rohit Sharma smashed yet another consecutive century and was unbeaten on 109 runs. 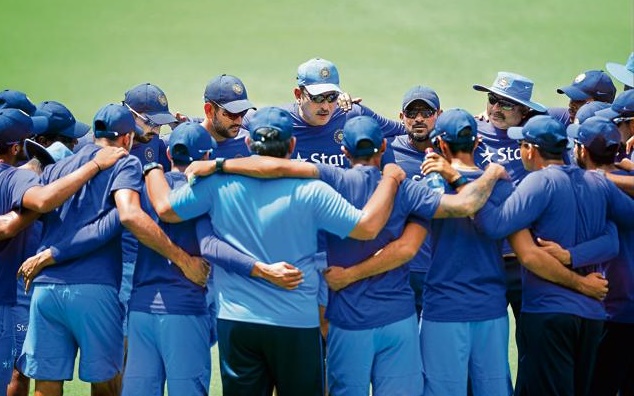 There was one change in the Indian squad, Ishant Sharma replaces Bhuvneshwar Kumar. Three changes for Australia, with Shaun Marsh will open along with Aaron Finch, John Hastings.

The teams are as below:

Catch all the action live on Star Sports TV channel in India, channel 9 in Australia, Super Sports in South Africa, Sky Sports in the UK.

Ten Sports and PTV Sports in Pakistan will broadcast the series live.

The live streaming can be watched at the official website of Star Sports here or HERE.