Wankhede Stadium, Mumbai will witness the clash of the titans as Mumbai Indians will take on the mighty Kolkata Knight Riders in an IPL match on April 28, 2016.

Mumbai team management may drop Keiron Pollard from the playing eleven, and he will be replaced by Corey Anderson.

Mumbai Team is dominated by pacers in the bowling attack, while Kolkata relies on spinners more. Tim Southee, Mitchell McClenaghan and Jasprit Bumrah have the capability to tear down any batting side, and we should wait and see to know whether Gambhir and boys will withstand this dreaded pace force.

Knight Riders and Mumbai Indians are now in the second and fourth spots of the point table respectively. A win here will help them overcoming Gujarat Lions who is now garnering the top spot. 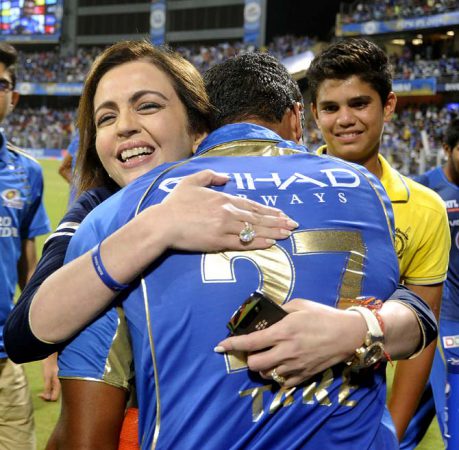 Kolkata has a quality spin bowling lineup comprises of big names, Sunil Narine, Piyush Chawla and Shakib Al Hasan. With the inclusion of veteran Brad Hogg, Kolkata’s spin attack will be so powerful and sharp.

The match begins at 08.00 PM, and millions of cricket fans are awaiting to see the live streaming. Sony Six and Sony ESPN will stream the match live for Indian audiences. ESPN and Geo Super are telecasting the matches in the United States of America and Pakistan respectively.

Kolkata Knight Riders who have marked four wins out of the five matches played, will be sticking to the same eleven which appeared in their last match.

The one and only loss of Kolkata in this season was inflicted by the same Mumbai Indians side which successfully chased down a score of 180. The The team led by Gautam Gambhir is so settled in all departments, and they will be aiming for a sweet revenge in this match.

Wankhede Stadium is known for its batting friendly nature, and captain who wins the toss will not have any hesitation to bat first.

India vs Australia World Cup 2015 warm-up cricket live score
About Nirmal Narayanan 186 Articles
A journalist with over six years of experience in Digital Media specialized in writing stories on science and entertainment. A post-graduate in English Literature, I spend my free time researching paranormal incidents and UFO sightings that happen all across the globe