By Sanjeev Ramachandran
1670 Views
Posted In
India
Tagged as
Related

After lying low for some time, the Maoists have struck in a big way. Ten highly trained COBRA commandos, the elite anti-terrorist force of CRPF have been martyred in an encounter with Maoists on Monday, 18 July 2016 in the dense jungles of Sondaha on the Aurangabad-Gaya border with Jharkhand.

The jawans were from COBRA unit which is an acronym for Commando Battalion for Resolute Action. The group was established in 2009 to tackle the burgeoning Maoist movement in the jungles of Jharkhand, Bihar, Orissa, Maharashtra and Andhra Pradesh. It is one of the biggest casualties suffered by the elite force since its inception. 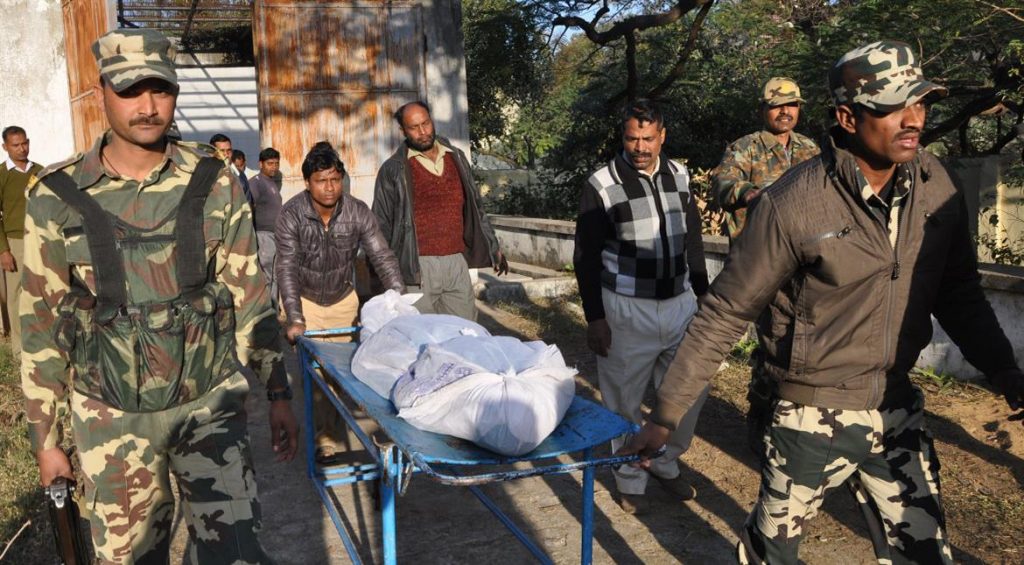 The Home Minister Mr. Rajnath Singh has talked with the Bihar Chief Minister over the latest situation after the Naxal encounter.

The left wing guerillas have been lying low after suffering a series of setbacks. Continuous moping operations by CRPF forces have forced the ultras on a back foot.

Perhaps this had forced the top echelons of the organization to plan something big. A meeting was conducted in which to leaders of the police bureau including Sandeep Yadav, Zonal Commander Naval Bhuniya, and others attended.

Search on for the terrorists:

Based on inputs from intelligence agencies, members of the COBRA 205 battalion and CRPF launched search campaign in the Sondaha jungles at about 2 P.M. on Monday.

The extremist ambushed the team and carried out a mine explosion which killed ten security personals on the spot. A fierce encounter ensued which is going on till reports last came in. Six ultras have also been killed, and CRPF personnel have recovered three bodies from the spot.

The casualties among the Maoists could be higher, and the Police are conducting mopping up operation in the adjoining jungles.

Fresh Reinforcements have been sent to the area, and a high alert has been sounded in Aurangabad and Gaya districts.

A huge cache of arms and ammunition have been recovered from the area which included, AK-47 rifles, INSAS rifles which were looted from police earlier and under barrel grenade launchers were also recovered. Five more security forces were injured in the attack and are being treated for injuries.