As many as 10 people have died along with the gunman who killed himself in a shooting in Munich. The attack took place outside a McDonald’s outlet near a shopping centre.

Hubertus Andrae, the Munich police chief said that in addition to the high death toll, there were 21 people hospitalized, with two of them critically injured.

There were children and young adults among the injured.
The attacker who remained unidentified was an 18-year-old German-Iranian who had been living in Munich for at least the past two years. 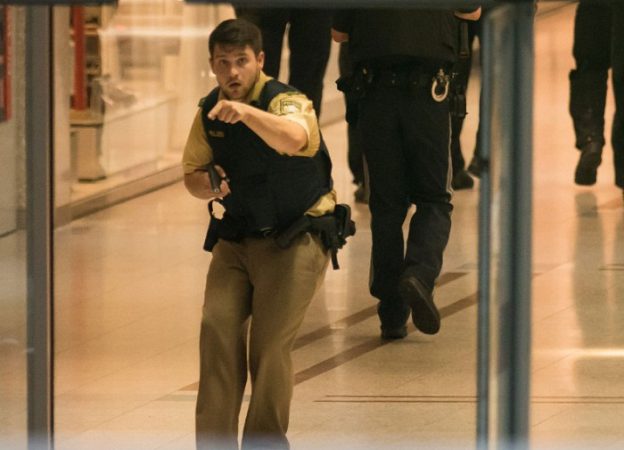 The authorities said that the motives of the shooter were unclear and that no group has claimed any responsibility.
This shooting along with other such activities going on in Europe has put the continent in high-alert.

The gunman reportedly started shooting at the restaurant from the mall around 5:50 PM local time. Witnesses reported that the man was hurling abuses at foreigners as he fired the shots.

The havoc along with the gunshot sounds and profanity used by him were recorded by several people and spread over the social media.

The shooter was said to be targeting children, and it was recorded by the “social media savvy people”
Earlier this week, a teenager who confirmed that he was inspired by the ISIS stabbed passengers in a train in Germany, before being shot dead by the police.

In an event before that, 84 people were run over by a man driving a truck through a crowd celebrating the Bastille Day in Nice, France.

Advanced police patrols were deployed across the Austria-German border. Special forces from Bavaria and surrounding federal states were also brought in to Munich.

President Obama has also condemned the attacks and extended an offer of any support needed from America.

Omicron Spreads: Experts Suggest to Take Covid Booster Shots As Soon As Possible
About Nitish shaw 60 Articles
An aspiring novelist and a random blogger, Nitish is also a porky-mouthed banter specialist when it comes to football (soccer), films, TV Series, History and socio-economic issues. He travels, indulges in music and plays outdoor sports to get his creative juices flowing. “There’s the scarlet thread of murder running through the colorless skein of life, and our duty is to unravel it, and isolate it, and expose every inch of it.”- Quote this, and you will be his favorite person for at least as long as the two of you can hold up the conversation.