Kangana Ranaut’s new movie, loosely based on the life of Sandeep Kaur, better known as “Bombshell Bandit” among people in the United States, had its release on September 15, 2017. Being a controversial subject, this Hansal Mehta directorial has created huge pre-release buzz, and it is reflecting in the current theater statistics. Most of the screens in the United States are witnessing an attendance of more than 70% on its opening day, and this is something great for a movie which has a lady in the lead role. 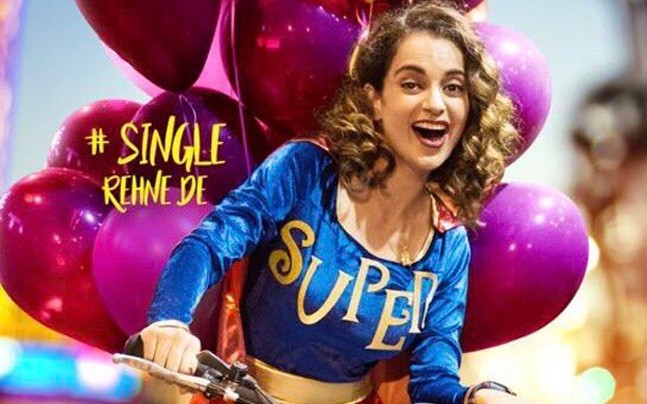 The story of ‘Bombshell Bandit’

In this movie, Kangana is seen playing the role of a Punjabi girl who now resides in the US with her parents. Due to a derailed childhood, she has some character issues, but still, she earns the love of everyone with her grace and innocence. After getting divorced from the man she loved, the young lady reaches the world of gambling. Initially, she tastes success in Las Vegas casinos, and this makes her addicted to the habit. Slowly, she becomes bankrupt, and the only way now to overcome her issues is robbery.

Kangana Ranaut, as we all know is one of the amazing actresses in the Indian Entertainment Industry, and she has proved her mettle an umpteen numbers of times in the past through movies like “Queen”. In this movie too, the actress repeats the same magic, and she lavishly walks through bars and casinos with full grace on her face. The finest scene in the movie is the one where Kangana Ranaut is playfully flirting with a Las Vegas bartender. The actress showcased her complete grace and caliber in this scene, and it was lauded with applause by the audiences in the theaters.

But, the script fails miserably, so as the narration. Director Hansal Mehta literally failed to create any sorts of impacts on the minds of the audiences, and at times, on scenes which do not feature Kangana, audiences will get a feel of boredom for sure.

The basic thread of this film has all the potential to get itself molded as an action thriller, but Hansal Mehta tried to make it a comic drama, and this attempt failed poorly.

The movie was released in 300 screens in the United States. Considering the mixed reviews, “Simran” is expected to gross nearly $6 million in its opening weekend. In India, the film will surely cross the 20 Crore mark in the opening weekend, as the actress has a huge fan following all around the country.

Arnold Schwarzenegger scribbles his diary with his India trip

Rahul Gandhi should apologise for his remarks on RSS or face trail: Apex Court

West Bengal, Assam, Kerala, Puducherry, Tamil Nadu Election Results 2021
About Nirmal Narayanan 186 Articles
A journalist with over six years of experience in Digital Media specialized in writing stories on science and entertainment. A post-graduate in English Literature, I spend my free time researching paranormal incidents and UFO sightings that happen all across the globe