By Reeti Garg
5390 Views
Posted In
Entertainment
Tagged as
Related

The weekend collection made it the second highest opening weekend of 2018. The film crossed the 100 crores barrier within three days and touched 106.47 crores. However, the dip in earnings was visible on Tuesday.

Weekdays saw a 50% dip in earnings and made a modest earning of 14.24 crores on Monday, 9.50 crores on Tuesday, and the Grand Total of the action-packed stood at 130 crores and 180 crores. “Race 3” is the third edition of the highly successful Race film series. 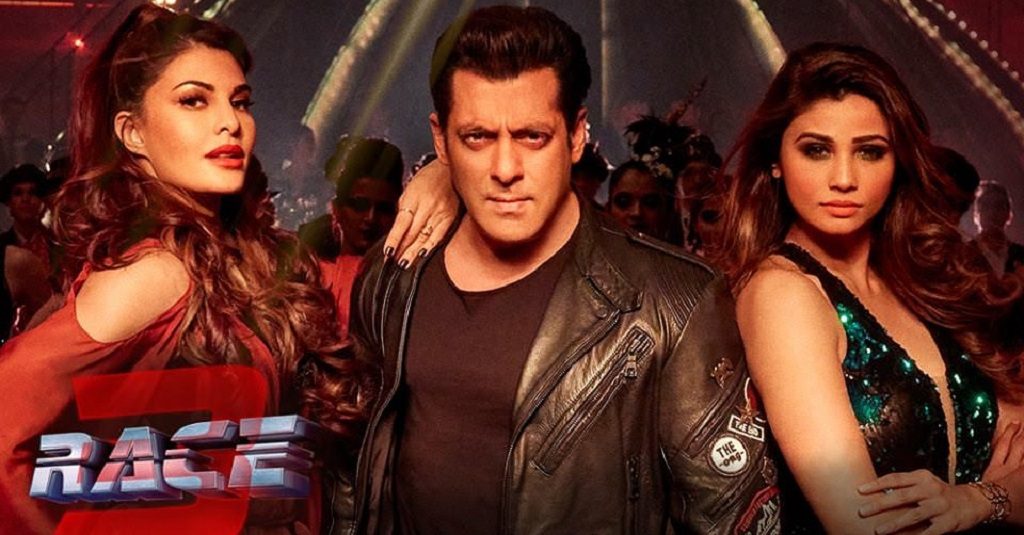 Earlier versions of the film had big stars, but Salman Khan’s association has raised the bar and keeping in view the huge demand, the film was released across 4200 screens in India. The flick was released in 700+ screens internationally.

The flick is directed by Remo D’Souza opened to a fantastic start and managed to rake in rock steady income at the ticket counters across the globe. Internationally the film has done decent business.

The flick earned Rs 4.02 crore in Australia and New Zealand, Rs 0.27 crore in Malaysia. The figures from UAE and Gulf where there are sizeable Indian expatriates have not come. Race 3 collected over Rs 21 crore gross in other international markets in the first weekend.

The final figure stood at Rs 181.32 crores worldwide. It has become the third highest earning movie in the opening weekend for a Salman Khan film. ‘Sultan’ had grossed Rs 328 crore in the first weekend while ‘Tiger Zinda Hai’ managed Rs 190 crores gross.