With more than 6 years in a newsroom career, Priya is one of those people you learn from just by listening to her stories and experiences.

When she’s not in the office reporting on various happenings in the region, Priya is spending quality time with her family; or watching Hollywood or Bollywood movies — a guilty pleasure that she cannot deny.

Priya is the Editor and the person in charge of our Entertainment & Sports sections on PAB. All her articles are available here.

Being outstanding in school and college for her academics and sports, little did she know that her passion for writing about unobserved people, stranded things, and mysteries of the heart would lead her to become a professional writer later in life! 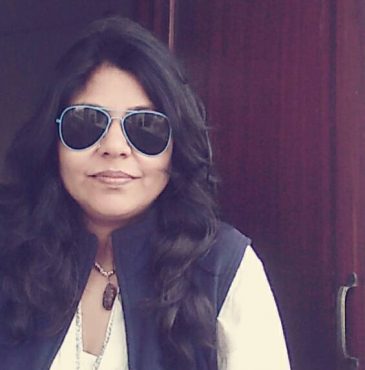 She is an avid reader and a hardcore movie buff; her favorite pastime is listening to music and writing poems. She is a published author and on her way to completing her second book ‘Under the Falling Stars,’ a thriller on bisexuality.

In this short span of 4 years of being a professional writer, she has been associated with many articles for renowned magazines and newspapers, blogs, short stories, and poetries. Names associated with her writing skills are ‘Meri Sajni’, ‘Akinchan Bharat’, ‘Hamara Ghaziabad’, mycity4kids.com.

Aspiring to be famous and known as a soulful author one day, she would love to settle someday in the silent disquietedness of London countryside, where she plans to just sip coffee and keep writing trilogies

Born in Eastern Europe more than four decades ago, Marian has been a journalist for half of his life.

Recently moved to Dubai, where he’s employed in The Media Marketing Inc offices, Marian adds his experience to a very young team of writers and reports on events and forms new journalists.

In love with all things the Middle East, from food to culture and way of life, Jairam is the person we always count on to save the day.

His other passions include laying in the sun on any island in the Indian Ocean or enjoying a fresh seafood meal. But he would leave all these to get that amazing reportage … and that’s why he’s seen as a guru in our newsroom.

To say just how much you like his work or offer to meet for a coffee, you can contact Marian over email or find him on Google+

He travels, indulges in music, and plays outdoor sports to get his creative juices flowing.

“There’s the scarlet thread of murder running through the colorless skein of life, and our duty is to unravel it, and isolate it, and expose every inch of it.”- Quote this. You will be his favorite person for at least as long as the two of you can hold up the conversation.

Nirmal Narayanan, born as the son of a Sub Inspector of Police in Kerala, said No to Medical Admission due to his passion for the English Language.

He started his journalistic career four years back by writing for some online film portals and magazines.

He believes in making some positive changes in society with his pen, which made him choose writing as a full-time profession.

Nirmal loves to spend his leisure time watching movies. Father of two, he lives with his family in Palakkad, Kerala.

Nirmal’s articles can be read here.

Zeba Anwer is a content writer who is still learning to make herself familiar with the world of technology.

She is a writer by day and a reader by night who is still looking to make her footprint in the world of media.

She is also a restless traveler who still lives on the daily dose of the ‘Friends’ sitcom.