From some time, there are rumors about Tiger Shroff and Disha Patani dating each other. The duo always tries to stay away from the media attention, so they never give any conclusive answer. However, they do not involve in any conversation that concerns both of them but are often spotted together for countless lunch and movie dates. They support each other’s films, enter the parties together. Even Tiger sends home-cooked food to Disha every day so that she can eat healthily.

According to the report in Mumbai Mirror, Disha found an apartment in Bandstand, which will probably serve as a “love nest” for the rumored duo. All these rumors started even before Disha’s debut film- MS Dhoni: The Untold Story, which did wonders on the big screen. Their sizzling hot chemistry also depicted in the song video of Befikre.

Even Tiger and Disha together shooted for Baaghi 2. Since then their relationship is going stronger. We asked Tiger about his dream girlfriend. He replied, “ Disha is a beautiful girl, she is too good for me,” but I don’t think that I am the kind of guy anyone will go for as I am just committed to my work, nothing else.

Does Disha share a special bond with Tiger’s family?

Ayesha Shroff, Tiger’s mother, is not very fond of Disha and thinks that she is using her son to step up in her career. On the other hand, Krishna, Tiger’s sister, shares an amicable relationship with Disha. Disha is seen commonly hanging out with Tiger Shroff’s sister Krishna. Many pieces of evidence prove ‘Malang’ actress moving in with Tiger during the lockdown. The trio themselves uploaded the videos and pictures on their social media platforms.

Few facts about them

Krishna recently shared a picture on her social media platform by crediting Disha for her makeup looks. This picture grabbed the attention of everyone as a reflection of Disha was quite evident in the window. 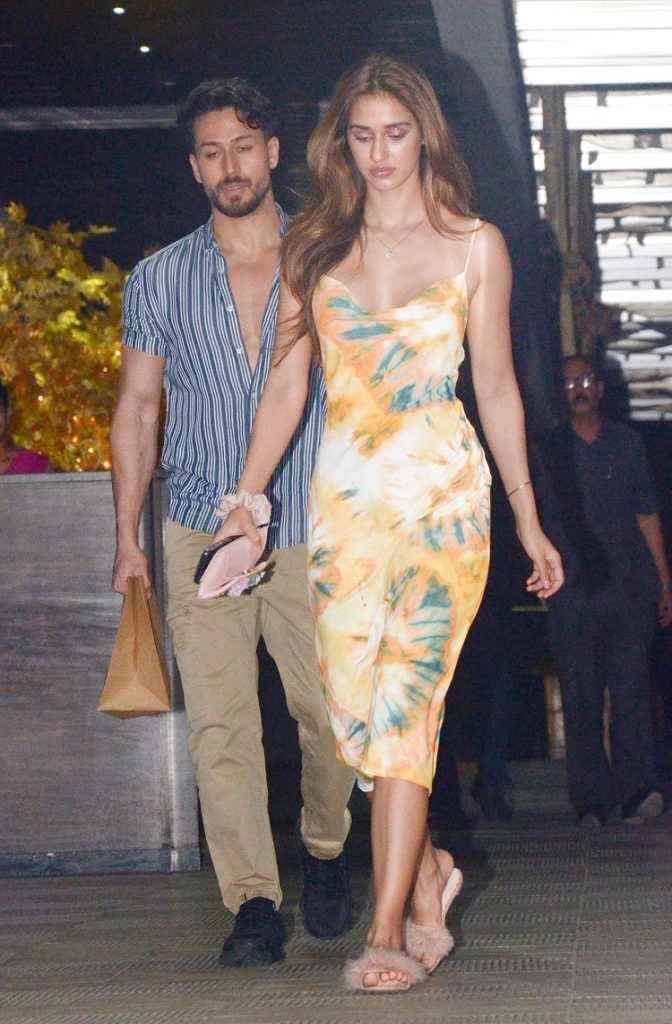 Disha patani and tiget shroff moved in together

Apart from this, Disha also shared a video that featured Krishna. They were enjoying dancing together a few days back. The video got viral on the internet. Disha also celebrated her birthday with her rumored boyfriend, Tiger whereas the duo seemed totally in love at Kajol’s party

Further plans of the duo

Professionally, Disha will soon be shooting with ‘Salman khan’ in ‘Radhe.’ She is also working for ‘KTina.’ Tiger, on the other hand, will start shooting his sequel for ‘Heropanti.’