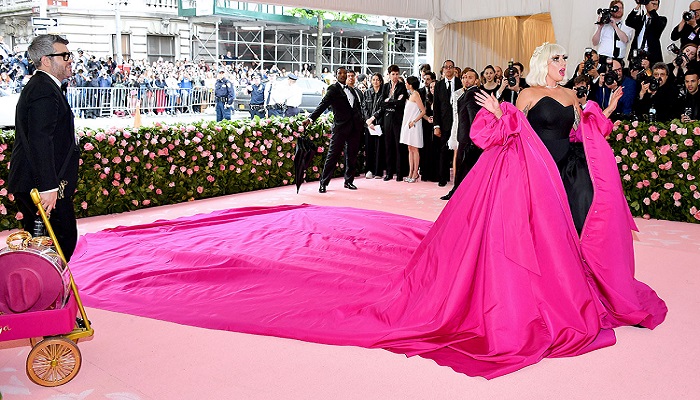 After a two-year gap, the Met Gala made its comeback on September 13, 2021, in New York with a theme, “In America: A Lexicon of Fashion.”

Earlier, it was decided to be organized in May 2021. This year’s hosts were the actor Timothée Chalamet, the musician Billie Eilish, the poet Amanda Gorman and the tennis star Naomi Osaka.

Billie Eilish ascends the stairs at the #MetGala https://t.co/vaX97iQM2B pic.twitter.com/gzypsWPjW9

Rihanna, the queen of Met Gala, showed up late in a huge black Balenciaga look and hat accompanied by A$ap Rocky in a multicolored quilted number. She wore over 267 carats of Bulgaria diamonds, including two choker necklaces.

.@KimKardashian has arrived to the 2021 #MetGala. See every look from tonight’s red carpet here: https://t.co/cJLWT3nSWH pic.twitter.com/GE9RcqT6Em

The Meaning Behind the Celebrity’s Outfits

.@BillieEilish has arrived! The 2021 #MetGala co-chair stuns on the red carpet, in a custom @OscardelaRenta look. pic.twitter.com/KmXEnZBZIc

Billie Elish went for a 1950s-esque cream gown that exuded the old Hollywood glamour opting for a softer look rather than her darker aesthetics. She revealed that she was uncomfortable in her skin, and now she felt like she finally did it. Alexandria Ocasio-Cortez, the US representative, marked her first Met Gala appearance wearing a fitted white off-shoulder dress with the words TAX THE RICH written on it in bright red colors on the back.

Vogue is hosting the only official #MetGala livestream of the event, co-hosted by two special guests: @KekePalmer and @Ilazer. Watch here: https://t.co/W2fUl8vl4h

Jennifer Lopez walked on the red carpet in her Ralph Lauren dress, which was quite literal with her ranch-inspired designer. Naomi Osaka took inspiration from her Japanese and Haitian heritage, designed by Louis Vuitton and Mari’s sister.

The red carpet will be live-streamed by Vogue at 5:30 pm (ET) and covered on television by E!. For the Indian viewers, actor and recording artist Keke Palmer and actor, writer, and director Ilana Glazer will host the live stream. They will go live at 3:00 am (IST) on September 14, 2021, on Vogue’s Twitter account.