Charanjit Singh Channi, the 58-year old leader, is the first person from the Dalit community to take oath as Punjab’s CM. He is Punjab’s 16th Chief Minister. 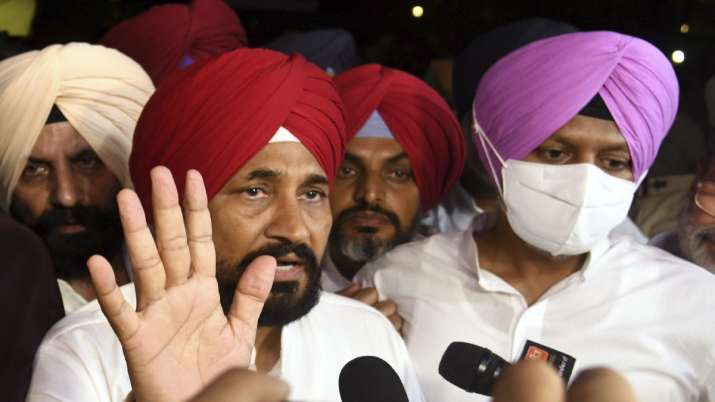 In the presence of the Governor of Punjab, Banwarilal Purohit, he was administered to take the oath in Punjabi at Raj Bhawan in Chandigarh.

We must continue to fulfill the promises made to the people of Punjab. Their trust is of paramount importance.

They congratulated him for taking on this new responsibility. However, the former Chief Minister, Captain Amrinder Singh, skipped this event.

In the previous cabinet of Captain Amrinder Singh, Channi was a Technical Education Minister. Punjab Congress leaders Brahm Mohindra and Sukhjinder Singh Randhawa will be the two deputies to Charanjit Singh Channi.

Congratulations to Shri Charanjit Singh Channi Ji on being sworn-in as Punjab’s Chief Minister. Will continue to work with the Punjab government for the betterment of the people of Punjab.

After Navjot Singh Sidhu became the Punjab President, there were several months of a tussle between Sidhu and Captain for the power-sharing, which finally led to the Captain’s resignation.

While handing the resignation, Captain said he felt really humiliated as the party high command doubted his capabilities to run the state in the future after the call of a sudden meeting of the MLAs.

On the swearing day ceremony, a statement was made by Harish Rawat saying that the next elections will be fought under Sidhu. Sunil Jakhar tweeted, saying that this statement undermines the authority of the Chief Minister and refutes the selection of Channi for this position.

On the swearing-in day of Sh @Charnjit_channi as Chief Minister, Mr Rawats’s statement that “elections will be fought under Sidhu”, is baffling. It’s likely to undermine CM’s authority but also negate the very ‘raison d’être’ of his selection for this position.