The sensational arrest of Shahrukh Khan’s son Aryan Khan is taking new turns by the day.  After the arrest, the court denied him bail and remanded him to police custody until October 11, 2021

HT reported, a close confidant of the Khans informed that the family is “trying desperately for visiting rights. If not visiting rights, then at least let them meet their son once. But they are being denied even that.”

Aryan’s mother Gauri is becoming very anxious. “She is inconsolable. She is within her rights to wonder why her son is being locked up with hardened criminal and why he is not allowed basic rights like meeting his parents.” HT quoted the friend saying.

Aryan Khan’s bail hearing will be on Wednesday. The Mumbai sessions court has agreed to hear the bail plea of Aryan Khan on Wednesday after Narcotics Control Bureau ​filed a response.

October 7, 2021: Mumbai court gives Aryan Khan, Arbaz Merchantt, and six others to judicial custody for 14 days. Court says the case will now be heard by a special NDPS court.

The NCB claimed in the city court that “shocking and incriminating” material was found in Aryan Khan, Merchant, and Dhamecha’s WhatsApp chats, which showed international drug trafficking.

Glimpse Of The Cruise Party Leading To Aryan Khan’s Arrest

The NCB additional solicitor Anil Singh claimed that Aryan Khan had discussed the modes of payment for procurement of drugs in the chats found and that several code names were used.

These chats are revealing that this is just the tip of the iceberg. He also added that NCB has arrested a supplier from Juhu and found a commercial quantity of drugs from him. 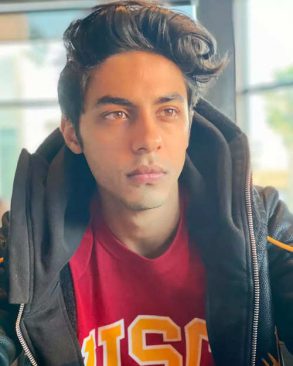 The NCB has invoked four sections of the NDPS Act, which are as follows: Section 8(c) of the Act includes wide provisions for producing, manufacturing, possessing, selling-purchasing, transporting, using, consuming, import-export of any narcotic drug.

Although, these sections are bailable as told by Anil Singh. The court has to consider the purpose of the NDPS Act, which is to remove the drug menace from society. The NCB counsel said that the accused found are high profile people who are role models for regular people.

#AryanKhan is being taken for medical examination.

The cruise going from Mumbai to Goa had about 800-people partying on it, which is owned by Cordelia cruises. The raid was led by the zonal director of The Narcotics Control Bureau(NCB) Sameer Wankhede, swooped on the Goa-bound ship and recovered drugs like MDMA, cocaine, and ecstasy from some of the passengers. 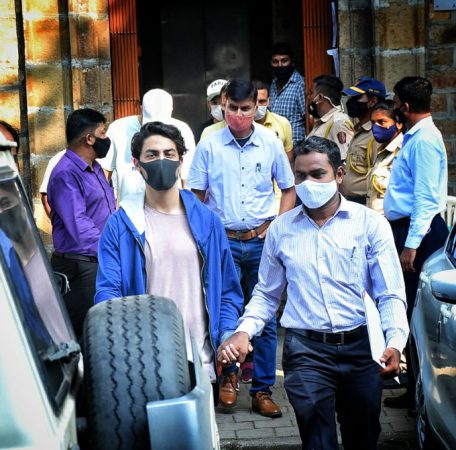 The NCB Mumbai conducted a raid on the Cordelia cruise, which was set from Mumbai to reach Goa on Saturday, October 2, 2021. All the suspects were searched and various banned narcotics like MDMA/ Ecstasy, charas, Cocaine, MD (Mephedrone) were found in possession.

Eight persons, which included two females, were held. Bollywood actor Shahrukh Khan’s son Aryan Khan, his friends and acquaintances Arbaaz Merchant and Munmun Dhamecha were taken by NCB, who was later arrested after their medical was done in the JJ Hospital on the same evening.

#WATCH | When a raid is conducted at a place, many people are taken into custody. We assume that a particular boy must have consumed it (drugs). The process is on. Let's give that child a breather. Let real reports come out: Actor Sunil Shetty on NCB raid at an alleged rave party pic.twitter.com/qYaYSsxkyi

The Narcotics Control Bureau (NCB) on Tuesday, October 5, 2021, arrested five more people who were suspected to have a connection with the drug raid on the cruise ship, increasing the total number of arrests in the case to sixteen.

The people arrested on Tuesday included four persons who were from an event management company that organized the party, and the other was the passenger who had consumed drugs while the ship was at sea.

The four more people were arrested by NCB on Tuesday who was the employees of an event management firm, Namas’cray based in Delhi. Aryan Khan had been on a remand to Narcotics Control Bureau (NCB) custody until October 7, 2021.

He was provided with science books, as per his request. He along with the all other accused are fed daily at the National Hindu restaurant near the NCB headquarters, due to the prohibition of home-cooked food inside the office premises.

In addition, the mobile phones of all the people in custody were sent to the forensic examination in the laboratory of Gandhi Nagar.

Bollywood and Politicians Came Forward in support of Aryan

Bollywood Celebs came forward to support Aryan Khan from this scandal by tweeting their responses.

I stand in solidarity with you @iamsrk Not that you need it. But I do. This too, shall pass. 🙏

No drugs were found on #AryaanKhan. No witness to him buying, consuming or selling drugs.
Yet he is in jail on suspicion!

Farmers named the son of #AjayMishra ji in the #lakhimpur_farmer_massacre. Shri #ajaymishrateni had publicly threatened the Farmers.
Yet he is not in jail!

For all those targetting #Bollywood remember all the #NCB raids on filmstars? Yes nothing was found and nothing was proved. #Bollywood gawking is a tamasha. Its the price of fame