Standup comedian Kapil Sharma did watch the inaugural episode of his ex-associate Sunil Grover’s new show “Mad In India”. He felt that Sunil should not have quit as Gutthi from his show “Comedy Nights With Kapil”.

After watching the show, Kapil said that Sunil should have never left the show in which he was part of a collaborative and creative team. He felt that the show belongs to Ali Asgar who plays famous Daadi, Upasana Singh who plays Bua, Sumona Chakravarty who plays Kapil’s wife, Kiku Sharad who plays Palak and even Navjot Singh Sidhu.

Kapil said that the show is nothing without any of them and Sunil was an integral part of the team. The comedian says he has highest regard for Sunil’s talents and he always made sure every member of his team had a chance to take centre stage.

Kapil, had launched “Comedy Nights With Kapil” on Colors in June last year. The show which was started for a limited period had to be continued on huge public demand. 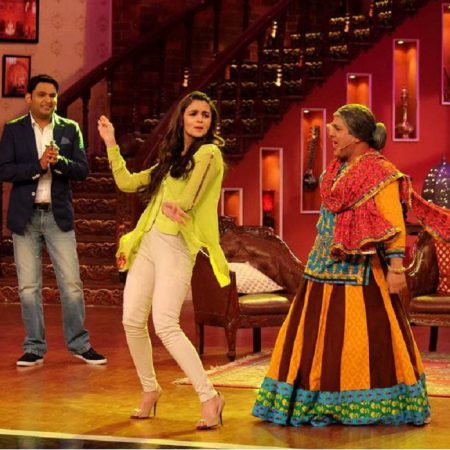 Mad In India went on air on Star Plus on February 16. In his new show Sunil plays the character of Chutki which is more or less similar to Gutthi. However his character has failed to create any impact on audience and the show did not evoke laughs like in “Comedy nights with Kapil”

Amitabh Bachchan to appear on ‘Comedy Nights with Kapil’