In a major breakthrough, an analysis of the satellite data associated with the missing MH370 flight has confirmed that the plane has crashed in a remote corner of the Indian Ocean.

Malaysian Prime Minister Najib Razak announced this at a press conference on March 24, 2014, Monday. With 239 passengers and crew onboard, the flight 370 from Kuala Lumpur to Beijing went missing shortly after takeoff on March 8.

In a brief statement to reporters, Razak said that the unprecedented analysis of satellite data from Inmarsat has indicated the plane had plunged into a remote corner of the Indian Ocean, far from any possible landing sites.

He said that “with deep sadness and regret” he informs that Flight MH370 ended in the southern Indian Ocean. The Malaysia Airlines already has informed the families of passengers.

At the news members of families broke down in tears. The unprecedented two-week struggle by about 12 nations for any survivors seems to have yielded some results.  An Australian and a Chinese plane have reportedly seen several objects floating near Perth.

Australian Prime Minister Tony Abbott said that a grey or green circular object and an orange color rectangular object were located by the Australian aircraft. While the Chinese plane has reportedly spotted “white and square” objects in the same location.
It is not yet confirmed if the objects are related to the Flight MH370. 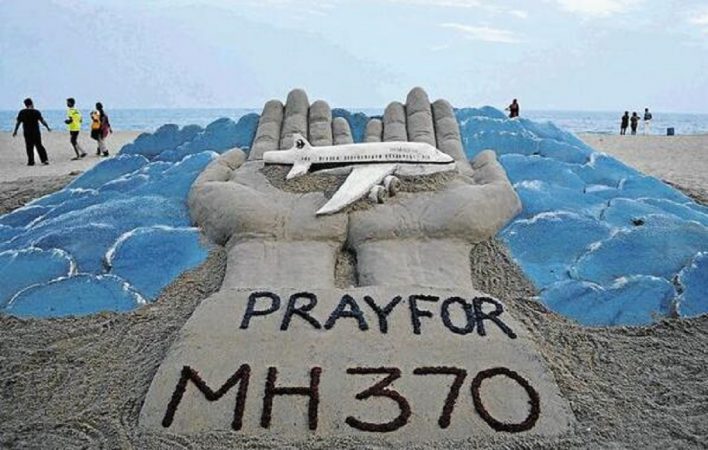