After Shah Rukh Khan to Salman Khan appearing on the show for promoting their movies, it is now the megastar Amitabh Bachchan’s turn to appear on the one-hour show.

The 71-year-old superstar is appearing on the comedy show to promote his forthcoming film “Bhoothnath Returns”.

Amitabh posted on his blog srbachchan.tumblr.com on Sunday that he is going to appear on various TV shows including ‘Comedy Nights With Kapil’, ‘Boogie Woogie’, ‘ ABP news’, ‘Tarak Mehta..’ and so on..”

Further he wrote that the movie was approved by director Shoojit Sarkar even with no effects and dubbings in its first cut. Mr. Bachchan appreciated the music video of Honey Singh which is catching on rapidly.

Hinting at his future film with Vidhu Vinod Chopra and Farhan Akhtar he wrote that he needs to find time for that as he is also shooting for KBC at that time. Further he also has 2 Hollywood offers though he hasn’t green lighted them. Amitabh has agreed for an Abbas Mustan movie and a Rumi Jafri movie. 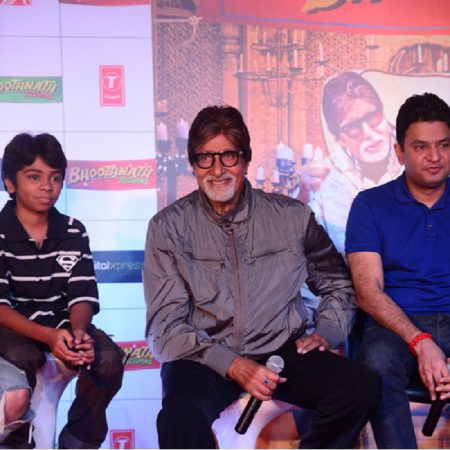