Royal Challengers Bangalore won their opening match against Delhi Daredevils  by 8 wickets in just 16.4 overs. Yuvraj Singh and Virat Kohli powered RCB to victory despite not having their opener Chris Gayle. 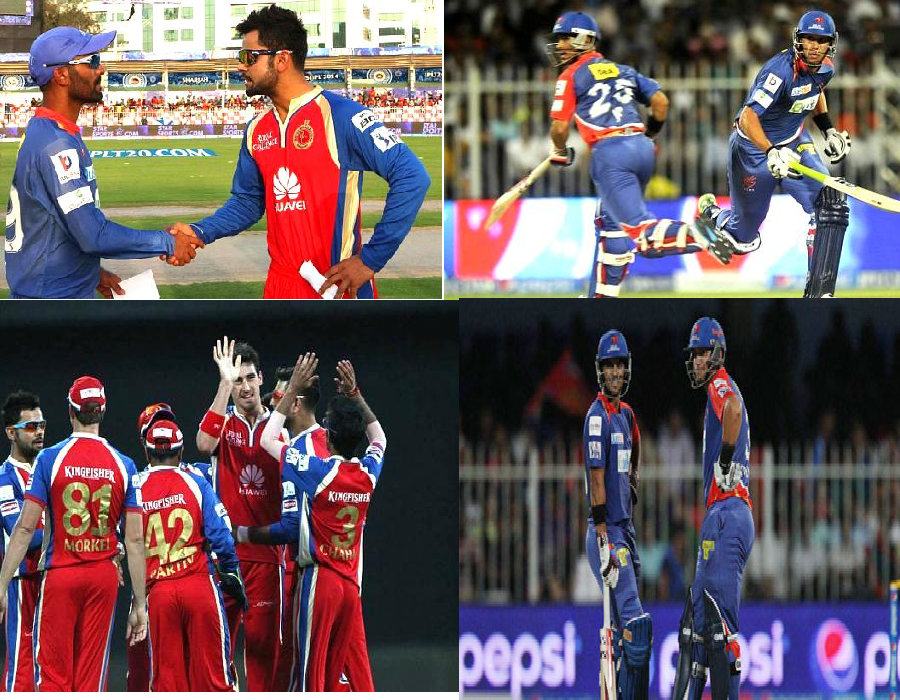 Ahead of their first match, Delhi had a difficult time after losing their skipper Kevin Pietersen to injury. However wicket keeper Dinesh Karthik took over the responsibility for the match taking place in Sharjah.

RCB headed by good hitting batsmen and captain Virat Kohli chose to field first after winning the toss. The team however had to go ahead without their opener Chris Gayle for this match.

Yuvraj Singh joined Virat Kohli and scored 5 sixes in the space of 3 overs. Yuvraj Singh scored his fifty in the 16th over and RCB wrapped up the match in the same over scoring their first IPL 7 win in their first game.

Here are some funny and hilarious tweets after the match

Yuvraj done with his 1 crore for RCB. 13 crores more to go. #DDvsRCB

BREAKING: People who pelted stones at Yuvi’s house, now planning to build a new house for him !! #RCBvsDD #DDvsRCB #IPL7