Former Indian cricket captain Ravi Shastri has been appointed as the director of Team India for the One-Day International (ODI) series against England, starting from August 25 at Bristol. 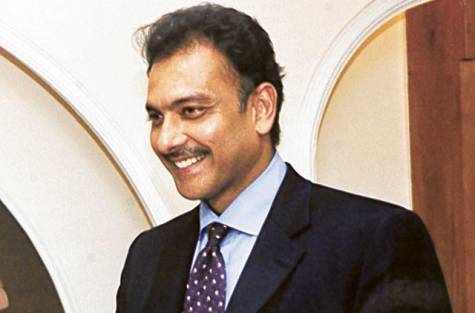 After captain M S Dhoni and coach Duncan Fletcher being retained inspite of losing test series, the appointment of Ravi Shastri as director of cricket is being seen as a sign of deeper changes ahead in the Indian game.

India claimed win in the second test at Lord’s stadium, their first overseas win since 2011. But the final three matches were surrendered meekly with no fight. The Oval test was lost by an innings and 244 runs within three days.

Captain M S Dhoni was one of the only players who put a fight. India’s batting line-up came under severe criticism from media. Dhoni has been criticized by Nalin Mehta in The Times of India saying that he truly outlived his usefulness as a captain in the Test matches and the cricketers looked bereft of ideas and direction under Dhoni.

Sanjeev K Samyal of the Hindustan Times agreed with the same saying that former greats like Kapil Dev, Sachin Tendulkar and Saurav Ganguly lost their captaincy during their careers and never led poorly playing team like MS Dhoni’s. He wrote that the humiliation at Old Trafford and The Oval matches is unacceptable.

Former England coach Fletcher has not been spared with criticism either after stars like Virat Kohli and Shikhar Dhawan struggled on foreign pitches. Former India captain GR Viswanath said that being aware of the conditions Fletcher should have improved the batsmen and he has not been able to do the job. Coach Duncan Fletcher will now be reporting to Shastri for the ODI series.

Fielding mentor Trevor Penney and bowling coach Joe Dawes have been given a “break” for the ODI series. Former Indian cricketer Sanjay Bangar and Bharat Arun have been made assistant coaches and R Sridhar is named as fielding coach.

Michael Jordan cheers as Federer wins first round in US Open